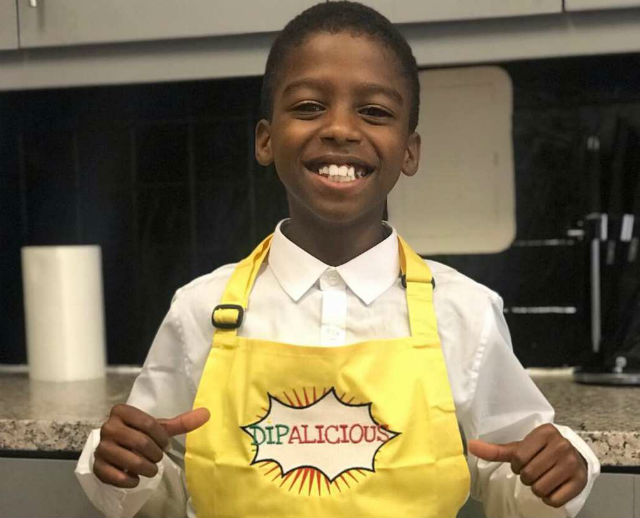 Entrepreneurship is all about taking your passion and turning it into a profitable job. Well, 11-year-old Omari McQueen is light years ahead of the crowd because he is doing just that, becoming the UK’s youngest multi-award winning vegan chef, leading the way for him to become CEO of a plant-based restaurant called Dipalicious.

With a passion for cooking, the talented preteen also teaches other children how to cook plant-based foods from his home.

“[He] has always had a passion for cooking but he started learning to cook meals from the age of seven after I became ill with hemiplegic migraines his father and I started to teach Omari and his older brother Laquarn how to cook meals to help me when I was unable to stand and his dad was working late,” a statement reads on the entrepreneur’s website. “Omari has gone from strength to strength and practices different cooking skills and meals daily, he researches the benefits of everything he cooks and works out the benefits of what he eats.”

So, what sparked his interest in veganism you ask? Well, McQueen came across a PETA video on the internet and became interested in learning more about veganism. The talented young chef, then filmed his first YouTube video, at eight-years-old, where he was featured creating a vegan pizza with his own dip. And of course, the rest is history.

Since that first video, McQueen has gone on to be featured on BBC radio, ITV News, in addition to other media outlets. The young rising star has also gotten the opportunity to meet celebrities such as Levi Roots and Kevin Hart.

This young man with a passion for cooking is unquestionably one that we definitely want to keep on our radar. It is without a doubt that we will see him sometime soon hosting his own weekly cooking show where he gets to judge which dish is the best!