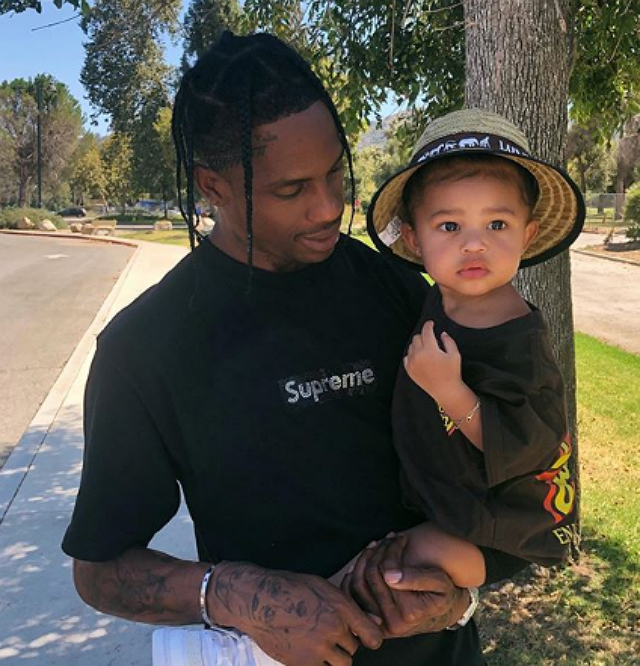 Stormi Webster with her dad, Travis Scott, will brighten your Monday. Kylie Jenner’s daughter was recently photographed and recorded while spending the day with her father.

One post series included a video clip in which Stormi laughed out loud before placing her head on her dad’s shoulder. “Baby, you glow,” one fan said in response to the series of pictures and the video clip.

Kylie Jenner also responded to the love vibes that Travis Scott and Stormi Webster deposited into the universe. “I love this little girl so much,” Kylie shared. “Not only do I think she‘s the cutest thing in the world, [but] she’s got the sweetest, smartest, most special little soul,” the Keeping Up With The Kardashians star said. Also, “The pat on the back at the end of the video gets me every time,” Kylie concluded. We love it, too!

Travis Scott shared the joys of fatherhood during a recent interview with Ellen DeGeneres. “Going into it I was, like, nervous and scared,” the rapper admitted. “You know, we were just both, like, young. But when you first have a baby in your arms, it’s just, like, it’s uncontrollable,” Travis continued.

“It’s like this whole, like, warp that takes over your whole body,” the celebrity father explained. “I never thought I could just, like, love something so hard, you know? It’s crazy.”

Stormi Webster is Travis Scott and Kylie Jenner’s only child. Stay tuned for more Keeping Up With The Kardashians baby news!