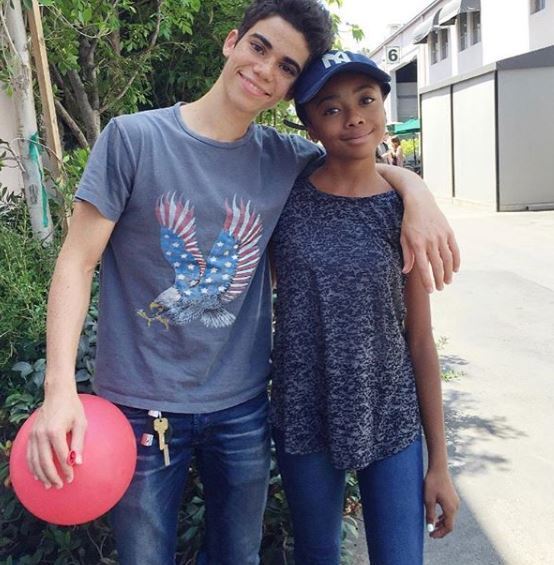 On Sunday morning, the world woke up to devastating news-the death of Disney actor Cameron Boyce. The talented, altruistic 20-year-old died in his sleep on Saturday “due to a seizure which was a result of an ongoing medical condition,” according to a statement made by a family spokesperson.

Boyce was well-known for his role in the Disney franchise Descendants and the Disney Channel television show Jessie.

Co-star Skai Jackson is among many castmates and Hollywood friends that are speaking out and sharing memories of the young star. Jackson has flooded her Instagram account in tribute.

In addition to Jackson, other Jessie castmates shared their tributes to Boyce on their social media accounts as well.

Our “Jessie” family has been devastated by the sad and untimely passing of our beloved Cameron Boyce. He always lit up a room when he entered-he was an extraordinarily talented actor, a selfless advocate with his charity work, and a loyal friend.Our hearts are heavy with sadness.

It was a joy to work with him on JESSIE, as it was with all the wonderful young stars of that beloved show. They were as close as actual brothers and sisters to one another, and still are, and my heart breaks for them today. /4

Cameron Boyce was born in May of 1999. His paternal grandmother, Jo Ann (Allen) Boyce, made history as one of the Clinton Twelve-the first African-Americans to attend an integrated high school in the south in 1956.

Boyce made his acting debut in 2008 in a music video by Panic! at the Disco, “That Green Gentleman (Things Have Changed),” where he appeared as the kid version of guitarist Ryan Ross. The young star went on to work on many television and film projects including, Grown Ups, Grown Ups 2, Mirrors, and most recently, the popular Descendants series. The third installment of Descendants is set to air next month on Aug. 2.

Our hearts and prayers go out to the Boyce family. This amazing young man will truly be missed by millions.