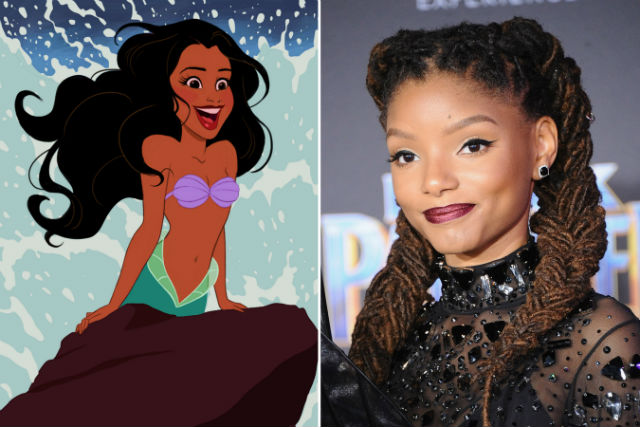 It was announced this week that singer Halle Bailey was cast as the lead for Disney’s live-action remake of The Little Mermaid. The immediate response to the news was one of overwhelming support and elation from fans.

However, most recently, some Disney fans have begun to trend the hashtag #NotMyAriel, expressing their criticism and racism at the casting all in one, with many arguing that Ariel should appear, as in the cartoon, with red hair and pale skin.

@Disney I'm sorry but being a little girl with red hair Ariel was character I looked up to when I was growing up. Very upset by the choice for the remake. I will not be going to see it, you've ruined it for me. #notmyariel #childhoodmemoriesruined #longliveredheads #LittleMermaid pic.twitter.com/mlCwWIFoKi

Several profanity-laden posts flooded the internet with disapproval of Disney’s casting. Many of those who have posted in opposition to Bailey being tapped for the lead have been accused of being racist, but they deny the claim, stating that they were simply upset that the iconic princess would look nothing like she did during their childhood.

I guess we non-black people can’t say anything about the casting because whatever we say, we are just some racist people. I just want the movie to be like the one I watched when I was a kid. Is that too much to ask? #notmyariel

On the other side of the coin, stated facts like, “Ariel is a…mermaid…why does it matter if she’s black…”

White people complaining they cast a black girl as Ariel: Disney created 49 films from 1937-2009 before delivering their first black princess with Tiana. Black girls watched an entire catalog NEVER seeing themselves. For 70 years.

"iM nOt rAcIsT bUt tHe LiTtLe mErMaID nEeDs tO bE wHiTe"

Spare me the nonsense that Ariel NEEDS to be white, she is a MYTHOLIGIAL SEA CREATURE.

Both Bailey and Disney have yet to comment on the controversy surrounding her casting. Bringing back memories of Zendaya being cast as “Mary Jane” in the new Spider-Man movies? Sound off. We want to hear from you. What do you think about Bailey being cast as Ariel in the upcoming remake? #staytuned…We are sure that there will be more to come on this developing story.