EVELYN LOZADA SPEAKS ON CARL CRAWFORD, HER KIDS, AND MORE

"When I found Out Something Was Off..." 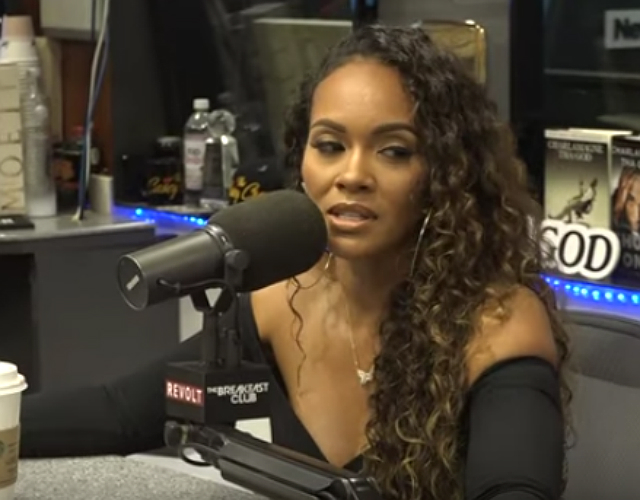 Evelyn Lozada got real about her kids and failed relationship with Carl Crawford during her recent interview with The Breakfast Club. The Basketball Wives star told the radio show that she believed that her ex-fiance’s intentions were good. Carl, however, could not bring himself to fully commit.

“I think he did [have the intention of settling down],” Evelyn shared. “I think we had a good run and somewhere it went left. We never argued in our relationship.”

Lozada learned from a family friend that her partner was cheating. “When I found out that something was off … a friend [told me],” she shared. “I had a conversation with [Carl] and he admitted it,” Evelyn revealed. “And he was straight up. And he was like, ‘I’m sorry. You don’t deserve this.'”

The timing made things worse. Evelyn Lozada was still recovering from IVF treatments and dealing with the reality of suffering miscarriages while trying to have another child with her then-fiance.

“I had just done three cycles of IVf,” Evelyn said of her lot in life at the time of Carl’s revelation. “We were getting married that summer,” the celebrity mom said. Of course, with infidelity on the table, the engagement was off.

“It was hard for me to move forward from that,” Lozada said regarding her feelings towards Carl after learning of his unfaithfulness. “I’m older, now,” she added. “I don’t want to eat bulls—. … I know what I bring to the table,” Lozada concluded.

Evelyn brings a spirit of entrepreneurship balanced with a strong sense of family responsibilities to the table. “I am mom first,” she shared with The Breakfast Club. Her desire to bolster this reality is why Evelyn’s son, Carl Leo, is on this season of Basketball Wives.

“I wanted to be able to find a balance so he is on it,” the celebrity mom shared. “He is so goofy,” Lozada said of her little one. “He just be (sic), like, on the floor and saying crazy stuff. He has a good combination of Carl and I because Carl has no filter.”

Carl Leo celebrated his fifth birthday in March. Catch him and his mom on Basketball Wives, which airs every week on VH1!