by Sarie
in NEWS
8 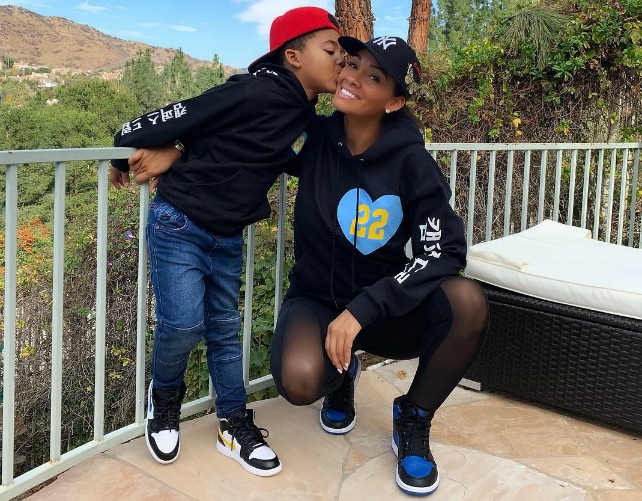 Evelyn Lozada is under fire for letting her son, Carl Leo Crawford Jr., pray on camera. Many cited Evelyn’s move as hypocritical.

Lozada uploaded an Instagram story in which Carl Leo said a prayer. The youngster began his speech by expressing love towards God. Carl Leo then said a prayer for the homeless and that the world would be a better place. “And a child shall lead them,” one adoring fan said. Another of Evelyn’s Instagram followers wrote, “Such a sweet boy. Good job Mom!”

Many gave Evelyn Lozada kudos for encouraging her son to embrace spirituality. Some critics, however, noted that the celebrity mom is not a saint.

“Prayer should be in private via you and the Lord,” one critic said. “But she is doing it for the world to see. The Bible speaks of this (sic) type of hypocrites!” Another social media follower wrote, “Only Christians play with God like this. Muslims would never allow their prayer to be mocked like this. Flexing with God isn’t cool, celeb or not.”

Evelyn Lozada spoke of her faith in God during a 2016 interview with JET magazine. The celebrity mom reflected on her miscarriage, which brought about devastation and grief.

“One of the things that gave me peace is knowing that, first of all, God makes no mistakes,” Lozada shared with the media source. “Secondly, there was clearly something wrong. We all want to have healthy children and if God is protecting me against an abnormality or something, then I’m fine with that. You just never know. Although my family was there for me; it’s something that stays with you forever.”