"The Moment That Took My Breath Away" 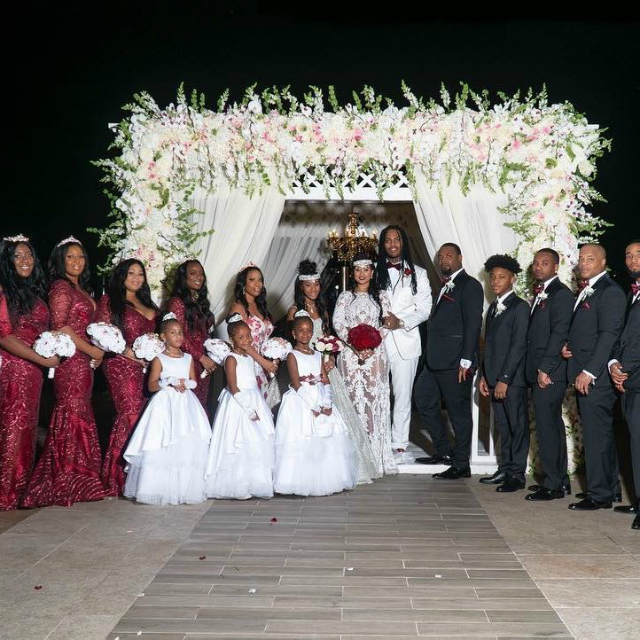 Dreams became a reality in Mexico as Tammy Rivera and Waka Flocka renewed their vows with a dream wedding ceremony. The celebrity couple had a picturesque setting on the beach and Tammy’s daughter, Charlie, by their side to share in the moment. 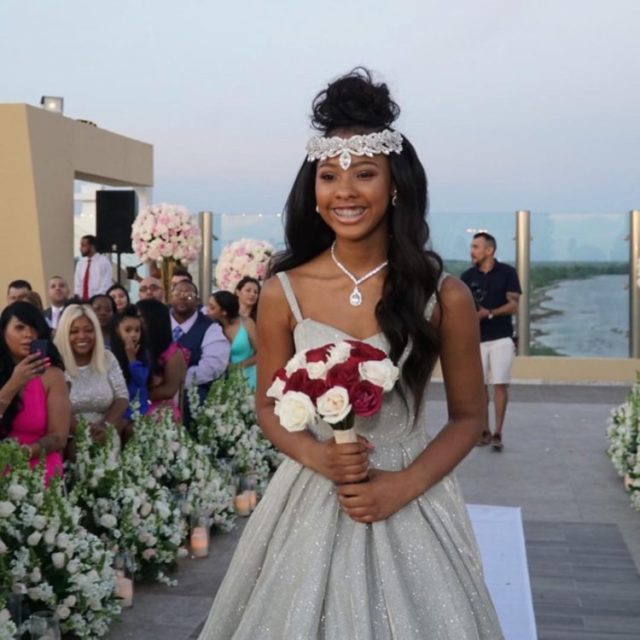 Charlie could not hold back the tears as her mom and stepfather promised to love and honor one another for a lifetime. The teen was completely overwhelmed when Waka extended such vow to her right before giving Charlie a ring to solidify the promise. 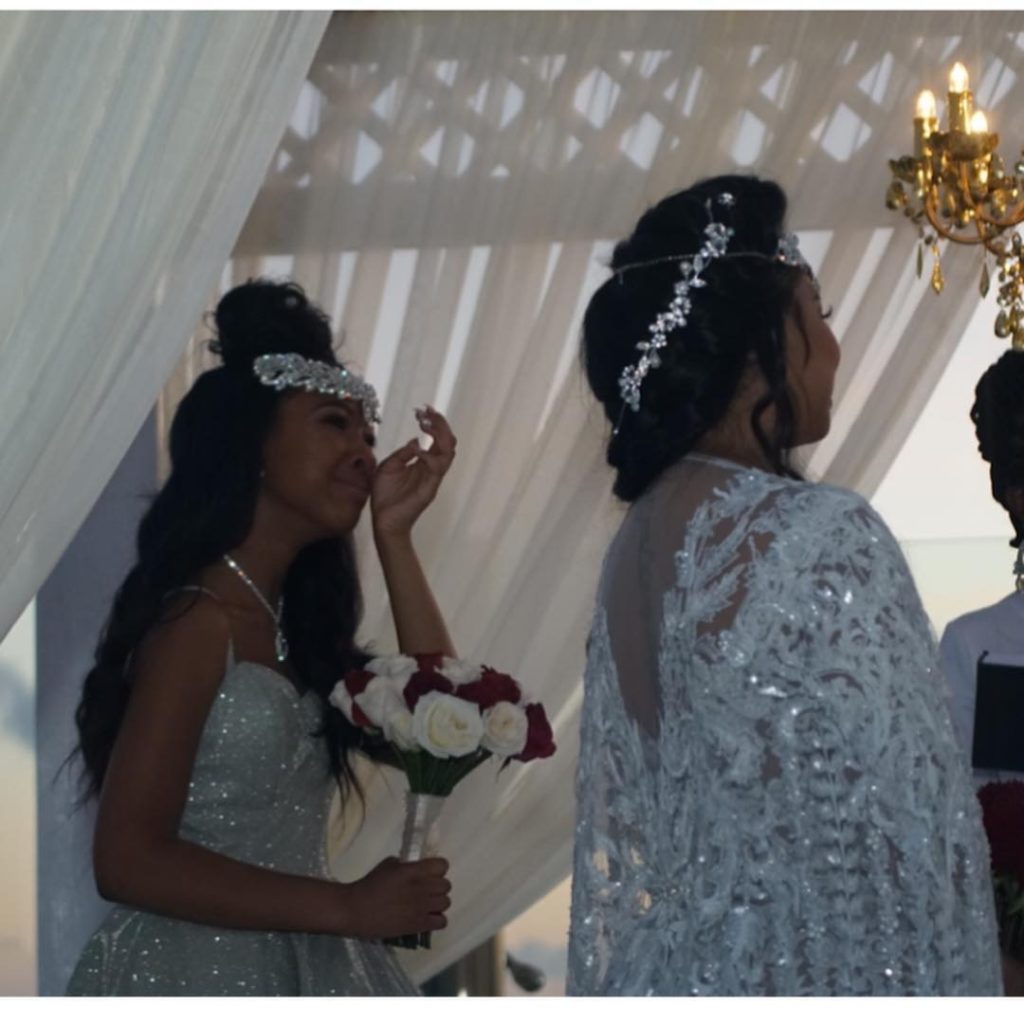 “Charlie cried her eyes out when Waka turned to her and said: ‘Not only am I vowing to love, honor and respect your mother but I vow the same things to you.’ Then he gave her a smaller version of my ring with a pink diamond. The moment that took my breath away,” Tammy Rivera told her Instagram followers. The celebrity mom also shared a video clip that showed fans her ring alongside Charlie’s jewelry.

Tammy Rivera and Waka Flocka tied the matrimonial knot in 2014. The two did not go all out for a ceremony but instead opted to get married in front of a justice of the peace at the courthouse. Tammy and Waka did make the promise that they would spare nothing for extravagance should they make it to their fifth wedding anniversary. The couple made good on their vow this past weekend.

Tammy made her way down the aisle in a gown designed by Zuhair Murad. The celebrity mom had the matching cape that made the dress stand out even further. Of course, Rivera was rocking the 5-carat diamond ring coupled with 3-carate wedding bands that Waka had given her days before the wedding ceremony. 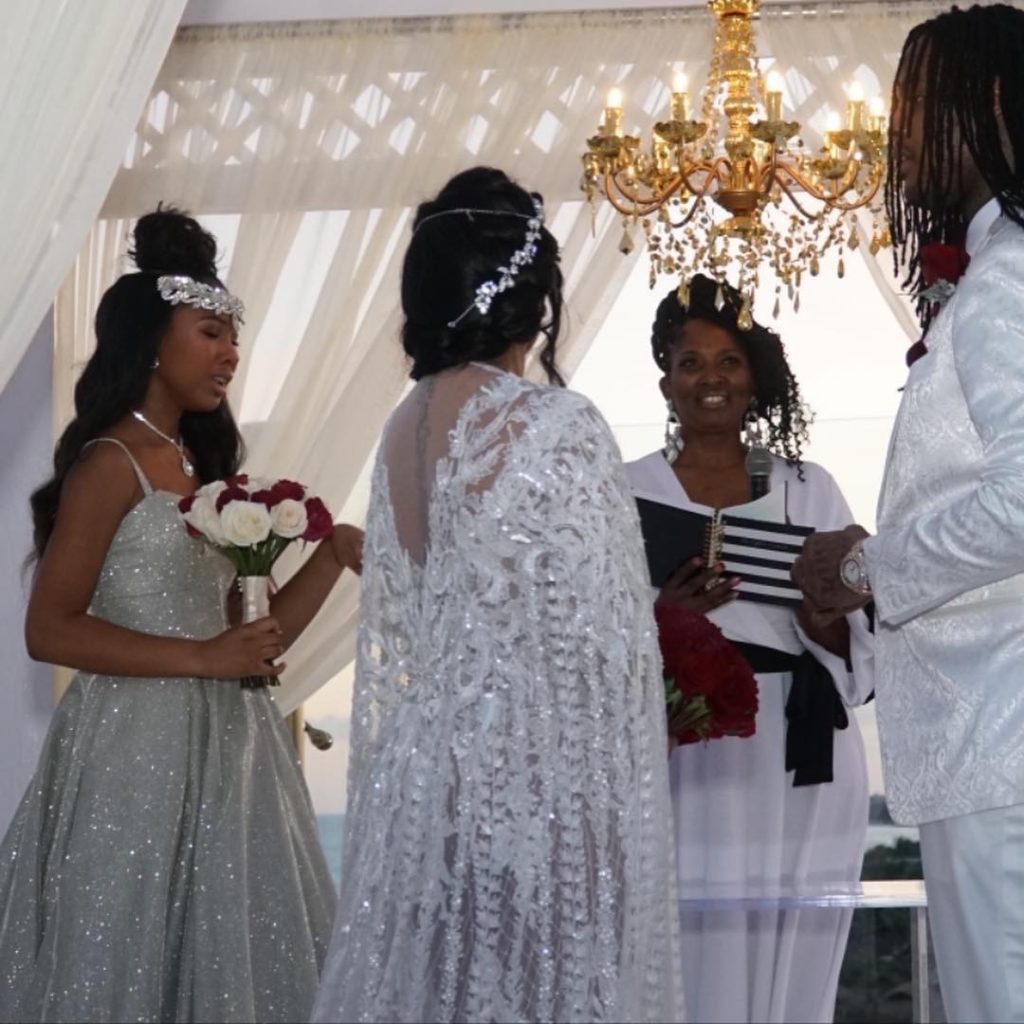 “I told Waka that if we made it five years I wanted my dream wedding,” Tammy Rivera told PEOPLE of her vow renewal ceremony. “Today my dream has come true. I am marrying my best friend and soulmate all over again. When God made Waka, he wrote my name beside his.” 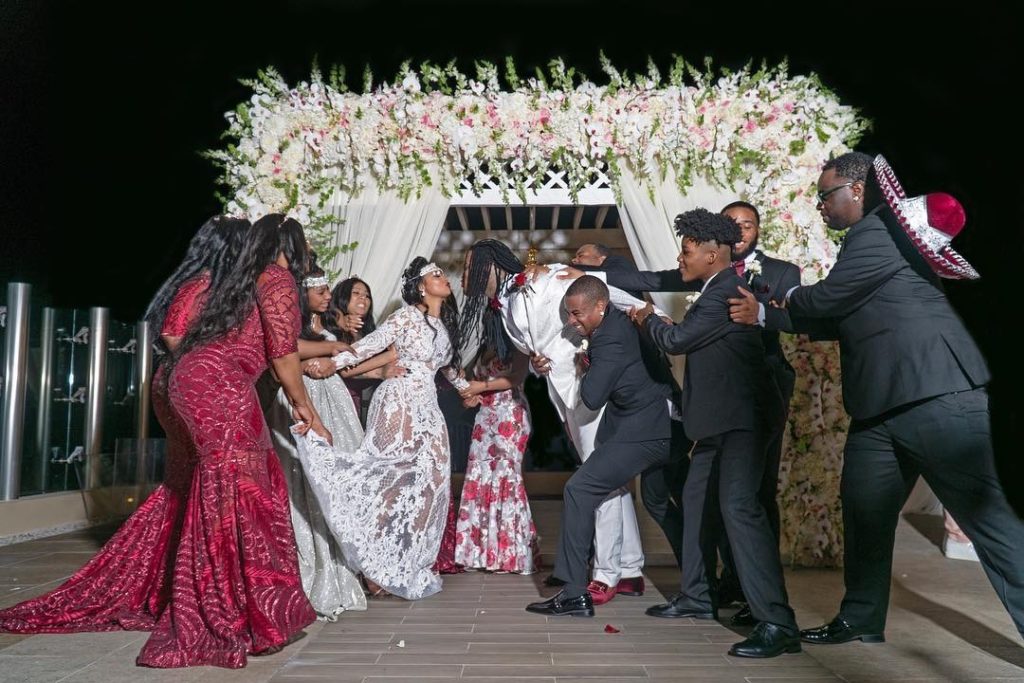 What will Tammy Rivera and Waka Flocka’s silver wedding anniversary look like? We’ll have to keep watching to find out.