She Also Loves Songs By Her Mom And Dad 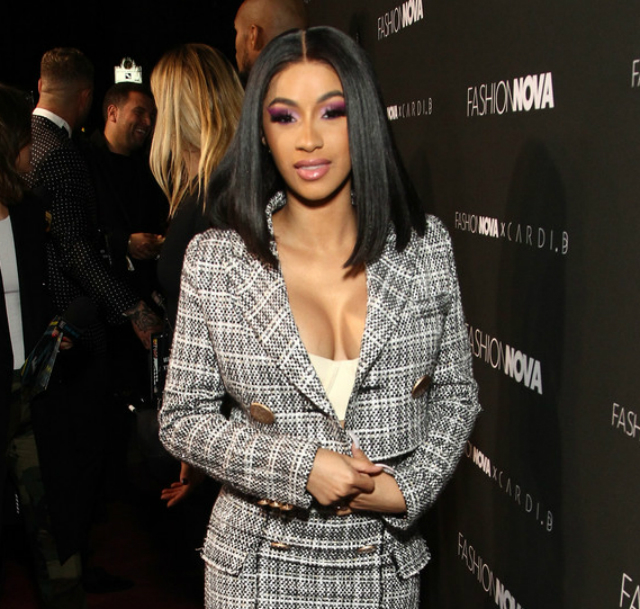 Kulture has caught the ‘Baby Shark’ bug! Cardi B recently revealed her daughter’s fascination with the mixtape that continues to make international strides.

Cardi told fans that “the whole ‘Baby Shark’ mixtape” makes Kulture happy. The 6-month-old also enjoys ‘I Like It’ and ‘Taki Taki’ along with ‘Ric Flair Drip’ by her dad, Offset, and ‘Mi Gente’ by J. Balvin.

KK was watching Ric Flair drip on tv yesterday and she said “Da” …..If she says dada before mama imma feel very betrayed ?Henny got it on video too .

‘Baby Skark’ has become quite the popular song among babies and toddlers. The song’s lyrics are fairly simple and the accompanying beat is catchy. It was just last year that 2-year-old Zoe Turner went viral after demanding that Alexa “play ‘Baby Shark.'” The little one could not get Amazon’s assistant to play the song, which caused her to become concerned. Thankfully, Zoe’s mom was there to save the day.

“We took a fresh twist and re-created on a traditional singalong chant with our Pinkfong’s Baby Shark,” Pinkfong said when asked about their hit song. “In addition to the upbeat rhythms and fresh melody, Dvorak’s New World Symphony has been added to the beginning of the song to emphasize the tension before the shark family shows up.”

Pinkfong debuted its mixtape, which featured ‘Baby Shark’ as its first song, last year. Check it out here!

DID PASTOR JOHN GRAY USE A SERMON TO DEBUNK BABY RUMORS?