Home » NEWS » DID PASTOR JOHN GRAY USE A SERMON TO DEBUNK BABY RUMORS?

DID PASTOR JOHN GRAY USE A SERMON TO DEBUNK BABY RUMORS? 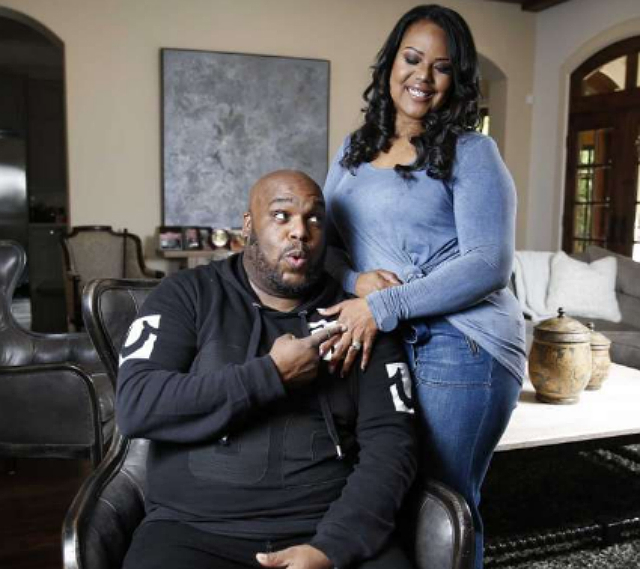 Did Pastor John Gray of Relentless Church debunk the notion of him fathering a child outside of his marriage during a recent sermon? Some say yes.

The celebrity pastor used his son and daughter as illustrations during a recent sermon. Gray was sure to reference his kids with his wife, Aventer Gray, as his “only begotten son” and “only begotten daughter.”

Rumors began to swirl after Pastor John Gray indirectly admitted to stepping out on his marriage during a 2018 sermon at Relentless Church. The celebrity pastor had his wife by his side as he admitted to “listening to the wrong voices.” Aventer spoke on the matter by telling the crowd that she “put scripture on that strange woman.”

“I’m standing with my husband and you can go on back to the pits of Hell where you came from,” Mrs. Gray said. “Was I upset? Yes. Was I heartbroken? Yes. But you better learn to get in there for them. What’s the vows? Better and worse so when the worst shows up you don’t run away. When the worst shows up you pray. Until he wakes up and understands who he is, you pray wife, while the devils run away. I’m not saying to sit there in perpetual foolishness. I’m saying pray the devils away. If you give up too soon, he wins.”

Rumors of Rhea Walls of The Walls Group giving birth to Pastor John Gray’s child hit an all-time high after fans and critics thought that the child’s last name was Gray. Rhea’s father, however, clarified things during an episode of Larry Reid Live. The singer’s dad told Larry Reid that Gray was actually the newborn’s middle name and that Rhea does not know John Gray.