"I Don't Know If R. Kelly Did It Or Not; That Ain't My Business" 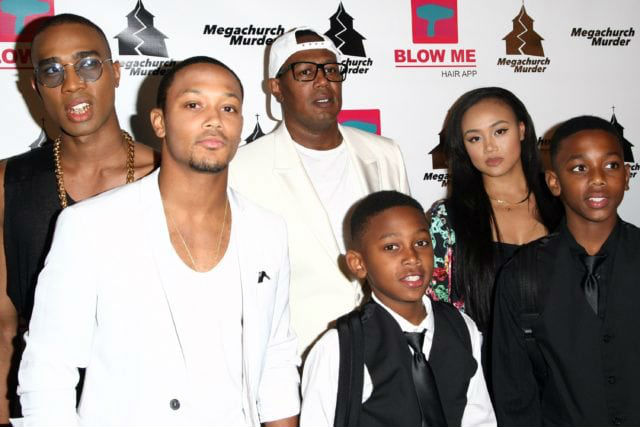 Master P is the father of nine children, which may be why he feels at liberty to speak on the situation of R. Kelly. The celebrity father did not absolve the R&B singer from blame in the scandal that continues to evolve by the day. Master P did, however, place a certain amount of responsibility on the parents of those abused as well as on R. Kelly.

Just saw a lady on #SurivingRKelly say that she and #RKelly had sex with a 16 year old girl. Doesn’t that also make her a child molester????

“Ain’t nobody gon’ (sic) play with my kids. Straight up,” Master P said in a recorded video shared with his Instagram fans. “You shouldn’t have even been on TV [with] that if you’re a parent. You shouldn’t be on nothing unless you’re on CNN.”

Master P went on to say, “I don’t know if R. Kelly did it or not; that ain’t my business. I ain’t judging. But I’m just saying those parents shouldn’t have let that go that far. And they shouldn’t have been knocking on no windows throwin’ no rocks if they know somebody in there with their kids.”

Some were a bit confused by Master P’s comments seeing as how the Lifetime docu-series Surviving R. Kelly paints the singer as a sexual predator at the minimum and a possible rapist at the maximum. “Never mind the rape, physical abuse or emotional abuse that took place,” one Twitter critic wrote online. “It’s the poor parenting that upsets him. Gotcha.” Another critic tweeted, “Ok, even if that’s true, we should just ignore the girls suffering because they were parented badly?”

Lifetime’s Surviving R. Kelly has made major waves in the case of the R&B singer allegedly sexually assaulting numerous young girls over the years. Even R. Kelly’s ex-wife, Andrea Kelly, participated in the production of the television presentation.

Anyone on your timeline who still supports #RKelly after this #SurvivingRKelly documentary on @LifetimeTV should immediately be unfollowed & unfriended. Clearly, they themselves may have pedophile & predator tendencies! #MuteRKelly #Lifetime #BlackGIRLSmatter

“I remember, after having [the baby], that’s when the day happened,” Andrea said of the moment that led her to pack up and leave R. Kelly. “I was [sitting] with the baby, and then it comes across the screen like, ‘R&B singer R. Kelly has been arrested for child pornography.’ And I just remember my best friend was with me, and she said she didn’t know what happened, but my body went limp, and she said she caught little Rob before he hit the floor. I remember a buzzing sound, it almost felt like I couldn’t hear.”

Several women have come out to oppose R. Kelly over the past few months. The singer even produced a 19-minute-long song called, ‘I Admit’ that has some believing that R. Kelly is guilty. Still, nothing has been formally connected with the singer by legal means and he is, thus, innocent until proven guilty in a court of law.