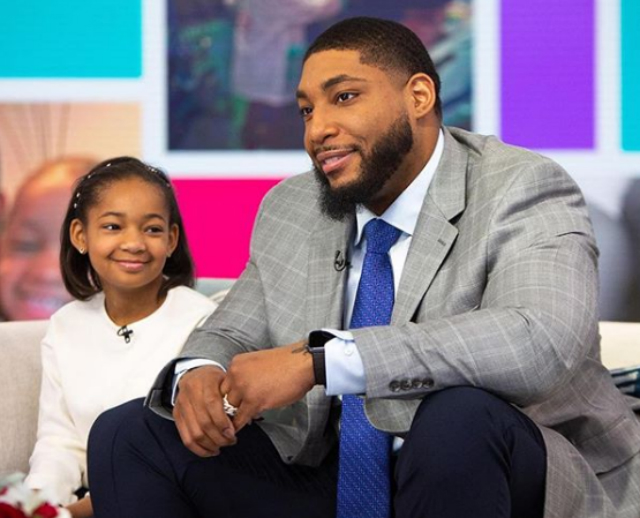 Devon Still is in the game and wants to encourage others to be the best version of themselves. Some of the former Cincinnati Bengals player’s struggles are expressed in his new book, Still In The Game.

“I can’t help but to sit back and smile because around this time 4 years ago (Jan.11) we got the news that Leah’s cancer had spread throughout her body,” Devon shared online. The former NFL player’s daughter, Leah Still, was diagnosed with stage four cancer in 2014 and underwent chemotherapy that caused extreme hair loss. There were rough times for the Still family but Leah and Devon did not lose hope.

“It brought sadness and devastation to my family,” Devon told his fans on Instagram on Tuesday. “Today my new book, Still In The Game, comes out and it is spreading the message of hope, love, faith, and perseverance,” he exclaimed. “God is good!”

Devon Still was initially released from the Cincinnati Bengals in 2014 due to multiple absences from practice. The Bengals later re-hired Devon and let him serve in a light capacity so that he would not lose the health insurance that Leah so desperately needed at the time. Now, Devon Still is an advocate for finding a cure for children’s cancer.

“Honestly, to this day I just sit there and stare at Leah,” Devon Still recently said of looking back at his daughter’s experience. “I meet so many kids that pass away from this,” the celebrity father continued. “I may have lost something I wanted so bad — being in the NFL — but I still have my daughter and that’s so much more important.”