MICHAEL JACKSON’S YOUNGEST KID, BLANKET JACKSON, IS ALL GROWN UP 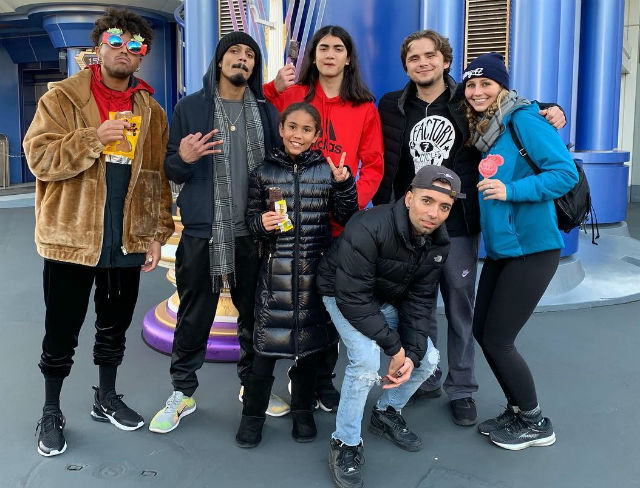 Blanket a.k.a Bigi Jackson a.k.a Prince Michael Jackson is photographed with his family members in Tokyo

Little Blanket no more! Michael Jackson’s youngest son, Prince Jackson II a.k.a Blanket Jackson a.k.a Bigi Jackson, was recently spotted in Los Angeles and, seriously he has grown since the last time we saw him.

You may remember Blanket from his preteen years. The youngster seemed pretty reserved and stuck close to his sister and older brother back then. Now, Prince II is making his way in the world on his own. The 16-year-old looked all grown up while hanging with his younger cousins and Omer Bhatti, the bodyguard who claimed to be Michael Jackson’s “secret son.”

It appears that Prince Jackson II loves books as he was photographed while leaving the Barnes & Noble store near Calabasas recently. Both Blanket’s grandmother, Katherine Jackson, and older brother, Michael Joseph Jr., live in the area.

It was during an interview with TODAY last November that Michael Jr., revealed the moment that he realized his father was the King of Pop.

Michael Jackson was the proud father of three kids. This year marked the eighth year of his passing away in his Holmby Holmes home on June 25, 2009. Stay tuned for more celebrity kids news!