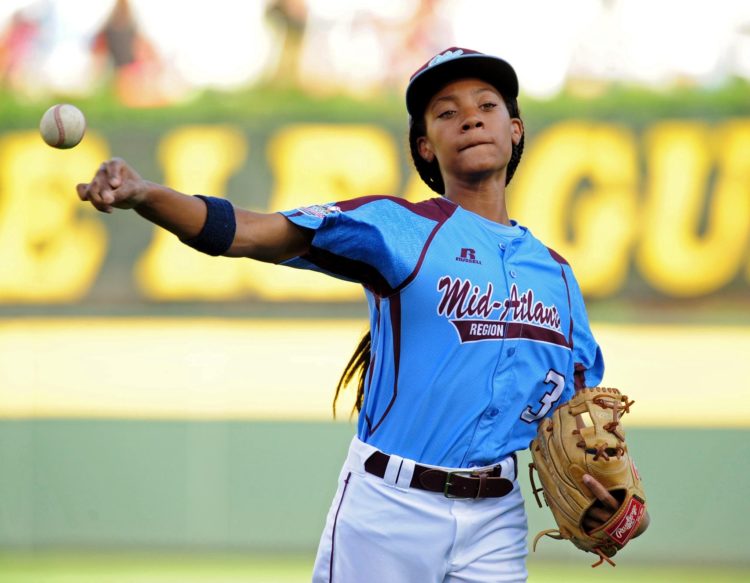 Remember Mo’ne Davis, who shot to sports fame in the Little League World Series? Well, the talented teen is now ready to head to college and Hampton University is her pick. According to her parents, who told The Philadelphia Tribune, the young sports star will play softball for the famous HBCU.

In 2014, playing for Philadelphia’s Taney Youth Baseball Association, Davis became the first female to pitch her team to a LLWS victory. That victory led to her going on to become a triple threat in basketball, soccer, and softball.

After her win at the LLWS, Davis received all sorts of accolades—she covered Sports Illustrated, starred in a Spike-Lee directed commercial, her jersey is displayed in the Baseball Hall of Fame, and she threw out the ceremonial first pitch before Game 4 of the 2017 World Series.

Hampton coach Angela Nicholson told The Daily Press that Davis will start out as a middle infielder when she steps on to Hampton’s field.

“As you could imagine, she has great hands and a great transfer,” Nicholson told the newspaper. “Hitting-wise, she already has a nice lift on her ball and understands the concept of gap-to-gap. She has great mechanics and she’s fast. She’s very athletic.”

Davis picked Hampton over several other universities because of their communications program. Congratulations, Mo’ne! We know that this is just the beginning!

MICHAEL JACKSON'S YOUNGEST KID, BLANKET JACKSON, IS ALL GROWN UP