KEVIN HART AND HIS ‘MINION’ FAMILY WENT ALL OUT FOR HALLOWEEN

Kenzo Was Definitely The Mastermind! 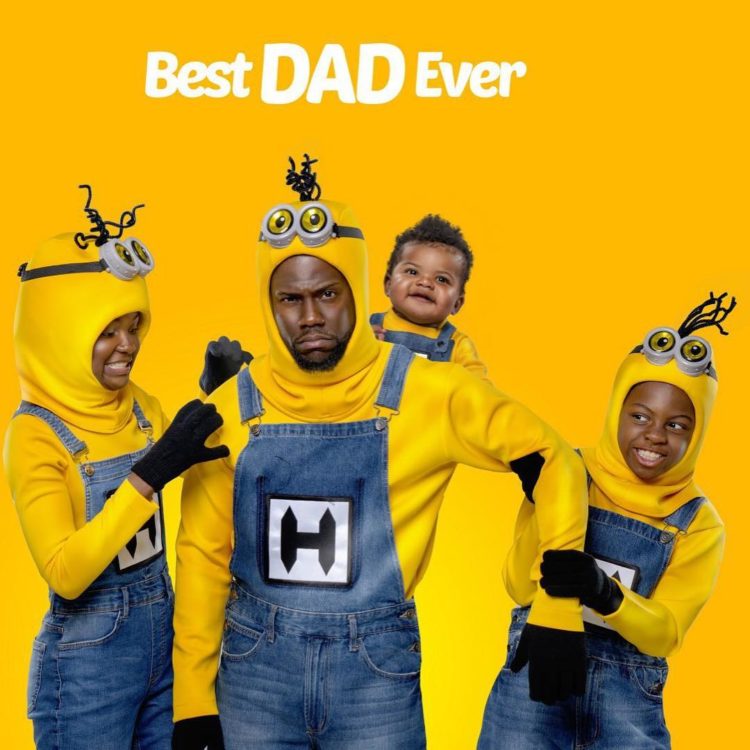 The minions were winning this Halloween as Kevin Hart and the family dressed as the Despicable Me characters to commemorate the holiday on Wednesday (October 31). Keep going for pics and a hilarious video clip!

The Harts definitely made their costumes the subject of their Halloween family production. Kenzo is the most devious among them all in the video clip that places the focus on the little one sitting at the helm of dynamite. An audio of Kevin strongly admonishing his son to walk away from the explosives can be heard. Kenzo’s laugh, however, serves as proof of the youngster’s intentions. Heaven and Hendrix, Kevin’s older children, are also dressed as minions. They, unfortunately, are tied up alongside their father and stepmother, Eniko Hart, as Kenzo executes his plans to take charge. Check out the hilarious clip below to get a good laugh on this Thursday!

Kevin Hart has been quite busy this year. Not only has the entertainer taken the stage to further build his standing as a standup comedian, but Kevin has also bee hard at work with FOX to deliver his upcoming series, Lil Kev, which seeks to shed light on his upbringing.

“[Lil Kev is] about Kevin Hart’s experiences growing up and how his relationship with his mother and his community led to his optimistic, positive outlook despite some of the challenges and circumstances that he grew up with,” says Fox entertainment president Michael Thorn.

It will certainly be interesting to see how the story unfolds since Kevin Hart is quite the funny guy both on and off the stage. Stay tuned for more details regarding Lil Kev!