MADONNA AND KIDS MOVE TO PORTUGAL

"This Is Not America's Finest Hour" 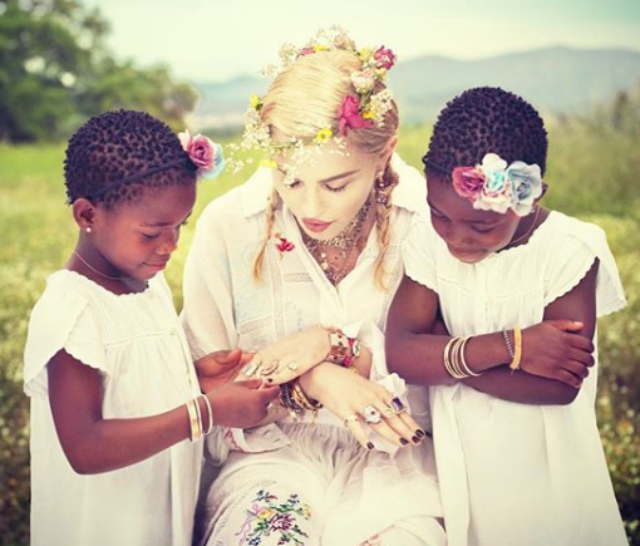 Madonna and her crew are out. The “Material Girl” singer tells Vogue Italia just why she and the kids decided to pack up and move to Portugal.

“This is not America’s finest hour,” Madonna says. “I felt like we needed a change, and I wanted to get out of America for a minute.”

David, Madonna’s 12-year-old son, was also a factor in the big move. “I’ve been desperate to get him into the best academies with the best coaches, but the level of football in America is much lower than the rest of the world,” she explains. “I saw his frustration, and I also felt it was a good time.”

Madonna enjoyed taking her kids overseas when the family lived in America. The celebrity mom was, in particular, often amazed by her kids’ responses during their many trips to Africa.

“I love when my kids are in Africa,” she reveals to Vogue Italia. “Their selfless behavior, compared to the normal complaining in the privileged world we live in, is great to see.”

The kids are also breaking into the spirit and culture of Portugal. “What’s amazing is how resilient they are and how they embraced all things, especially music, dance, soccer, and sports — things that connect them to other people makes adaptation easier,” Madonna says of the kids’ adjustment to the new country.

“They learned to speak Portuguese through doing all those things with people, not by sitting in a classroom and learning in a didactic way, like writing on a chalkboard. Instead, it’s fun, it’s interactive.”