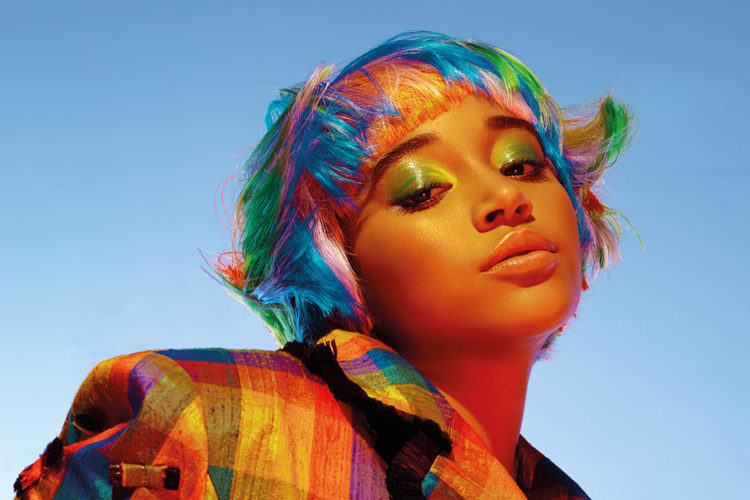 Amandla Stenberg is perhaps one of #younghollywood’s most prolific actresses of her generation. Having first appeared on the scene as Rue in The Hunger Games, the young talented star has not stopped yet.

She is more than just an actress. She is a true fashionista, defining more than trendsetting styles. She is an activist, fighting for the rights of not only her generation but for generations to come. As we patiently await her upcoming movie, The Hate U Give, to hit the big screen, the talented teen took out time from her busy schedule to speak to King Princess of Wonderland Magazine. Check out the expert below of the interview.

Hi bb! Let’s get real right out of the gate. I don’t know if the people in the back heard you, are you gay?
*Insert Ellen DeGeneres’ TIME Magazine cover squat and wide smile* Yep, I’m Gay.

What do you love about being gay?
Where do I start? I’m grateful for how being gay has afforded me this ability to experience and understand love and sex, and therefore life, in an expansive and infinite way. The continual process of unlearning heteronormativity and internalised homophobia can be difficult, but one of the biggest blessings lies in the magic that comes from having to understand love outside the confines of learned heterosexual roles. It is the power to reveal the ethereal love that exists within us underneath socialisation. Once I was able to rid myself of those parameters, I found myself in a deep well of unbounded and untouchable love free from the dominion of patriarchy. My sexuality is not a byproduct of my past experiences with men, who I have loved, but rather a part of myself I was born with and love deeply. 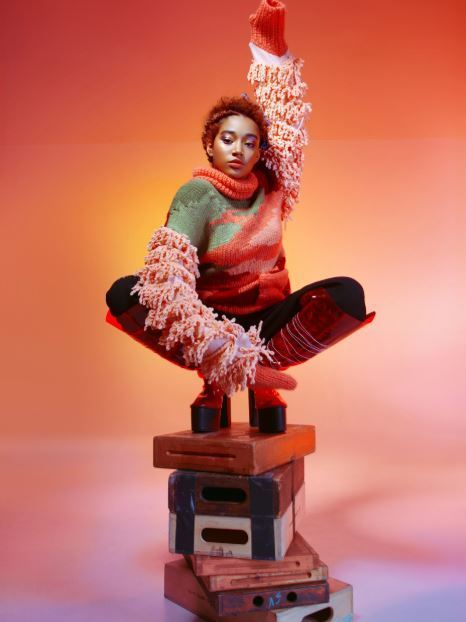 Alright, so you know when you’re gay and everything becomes clear and you start crying naked in bed, can you tell me a bit about the Gay Sob?
I had a few big Gay Sob moments when I realised I was gay. One might assume that they were mournful sobs, but actually quite the opposite in my lived experience. They were joyful and overwhelmed sobs – socialisation is a bitch and a half and kept me from understanding and living my truth for a while. I was so overcome with this profound sense of relief when I realised that I’m gay – not bi, not pan, but gay – with a romantic love for women. All of the things that felt so internally contrary to my truest self were rectified as I unravelled a long web of denial and self deprivation. Like oh, maybe there’s a reason why I kissed my best friends and felt ashamed growing up. Or watched lesbian porn and masturbated (and more) with my friends at sleepovers. Or stifled a scream of horror the first time I saw a penis and had to convince myself with much internal strife that I was enjoying what was going down. Or could only find attraction towards gay men and femme boys who damn near had the sensibility of a woman. Or developed earth shattering, all consuming crushes on… GIRLS! I was flooded with a sense of calm and peace because everything that I struggled with or felt discomfort around finally made sense to me, and once those floodgates opened and years of pent up pain and shame were released, I found the freedom to live my best life waiting for me just underneath.

Well that’s f***ing lit. So with your more recent insight, how do you feel that women are bonded on multiple levels when they are romantic with each other?
There’s such a divine mutual respect and understanding that gives us the safety to be honest and authentic, and a friendship and appreciation injected into the dynamic because of the degree of empathy we have for each other and others as we walk in the world.

Who were your queer icons growing up?
As an early high schooler I connected profoundly to the poems of Audre Lorde, even if I couldn’t quite fully conceive of why yet. I felt empowered by the nature of Frida Kahlo’s fluidity and just the idea that I could love women the way she did. Even if he didn’t claim being a leader in the gay community, Prince taught me how to feel comfortable with the ephemeral and mystical nature of my gender and the power and fun of presentation. She’s my friend now and probably doesn’t realise this, but I thought Syd (The Internet) was so damn cool as a wee tween. I still think she’s cool now but I also know she’s a clown. Her pride in being gay was something that was so alluring and elusive to me simultaneously. I would get choked up around her, and sometimes I still do – she was and is one of the only very visible and proud, black, gay women in media.

I myself, and I’m sure most of the queer community, feel deeply connected to the (unfortunately few) gay narratives told through film and television. Did that lack of black queer women on screen make it difficult to determine your own sexuality at a young age?
Definitely. Had I had more representations of black gay women growing up I probably would’ve come to conclusions around my sexuality much earlier because I would’ve had more of a conception of what was possible and okay. Having more representations of black gay women now and seeing myself reflected in them has been a huge aid in seeing myself as whole, complete, and normal.

Who was the first woman to turn you on when you were a kiddo?
Check this scintillating memory: I’m maybe nine or 10 years-old, channel surfing secretly in the TV room while my parents are asleep. Something catches my eye on the TV Guide – it says After Sex is playing on HBO. I click on it (how could I not, sex was the most fascinating, mysterious phenomenon to me?!) Zoe Saldana and Mila Kunis fill the screen. They’re sitting in a library, and Zoe puts her hand between Mila’s mini skirt and white cowboy boot clad legs. She watches Mila’s face with relish before LICKING HER FINGERS and TELLING HER SHE TASTES GOOD! It was simply too much for a gay tot to bear. I ran to the bathroom confused and disoriented, thinking I had peed my pants. After that I would religiously watch that clip on YouTube underneath the covers of my bunk bed. And then all that gay shit went down between Mila and Natalie Portman in Black Swan, to further the ardour. So Mila Kunis was probably my first lesbian crush, besides that silver haired hoe Mirage from The Incredibles or Kristina Vidal’s punk ass in Freaky Friday.

To read the interview in its entirety, click here. (Note: Wonderland Magazine uses British spellings. U.S. equivalents will not be the same. Original interview was not edited for spelling).

'THE HATE U GIVE' COMES TO THEATERS IN OCTOBER