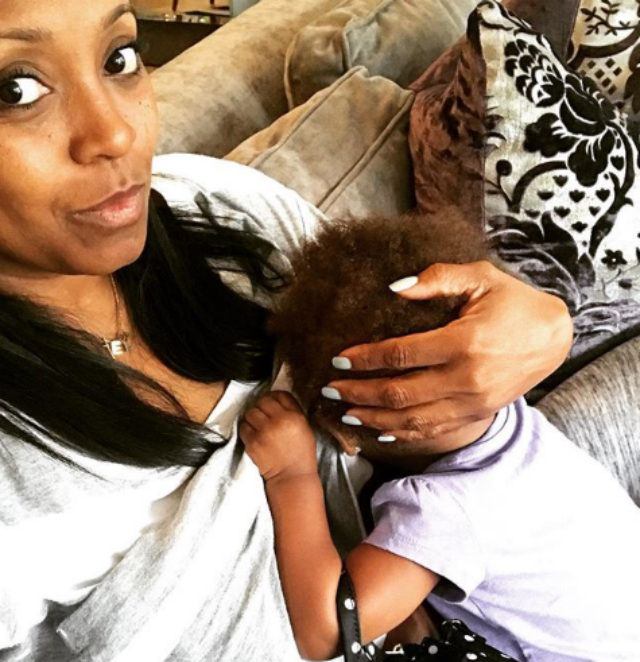 Ed Hartwell is throwing a wrench into the mix with new allegations pertaining to his child custody arrangement with Keshia Knight-Pulliam. In new court documents, the former athlete is requesting a new trial all while accusing his ex-wife of intentionally disturbing the visitation schedule just to make him look bad.

“In his newly filed docs, Hartwell blames Pulliam for taking their daughter out of state during his scheduled visitation time, including one trip to show her support to Bill Cosby in his sexual assault trial.

According to Hartwell, Pulliam denied him visitation on several other occasions, including eight weeks for the filming of a reality show (“Celebrity Big Brother”).

Hartwell claims Pulliam would arbitrarily change the visitation location and made it difficult as possible for him to see his kid.”

A judge ordered Ed to pay Keshia just over $3,000 per month for child support a few weeks back and noted that the celebrity father did not utilize many of his visitation dates. Full custody of little Ella was, therefore, awarded to Keshia since it appeared that the celebrity mom was the primary caretaker. Ed’s new claim, however, places a question mark on the judge’s decision and presents the notion of Keshia intentionally working to present her ex-husband as a sort of deadbeat father.

In any case, the child custody battle between Keshia Knight Pulliam and Ed Hartwell continues.