"Sometimes We All Need Hugs" 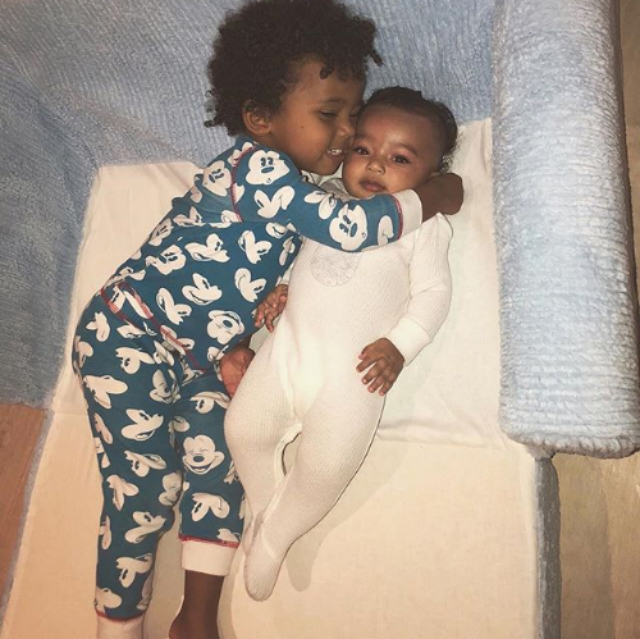 Sometimes, a hug is all you need to make it through the day. Kim Kardashian recently shared a cute picture of her son, Saint, and daughter, Chicago, embracing that will make you shed a happy tear.

In the candid, little Saint is smiling while hugging his younger sister. Chicago is also upbeat as she lets the camera capture a bit of her happiness. “Sometimes we all need hugs,” Kim commented. We agree!

Dozens of social media fans expressed delight in seeing the cute pic of brother and sister sharing a moment. “So cute,” one follower said. “She looks just like Kim,” another fan exclaimed. Chicago does share her mother’s looks, doesn’t she?

Sometimes we all need hugs ❤️

Kim Kardashian and the kids have been enjoying fun times these past few days. The star mom shared Snapchat posts of her older children, Saint and North, having the adventure of their lives at Disneyland on Tuesday. One video clip showed Kim and Saint taking on a ride sans North. The celebrity mom was certain to get her son’s reaction to going around the carousel several times.

North, meanwhile, enjoyed her time on the Small World ride. The toddler even sang a bit of the song for her adoring social media fans. “It’s a small world after all,” Kim captioned.