Home » NEWS » STEVIE J: ‘I LIVE MY LIFE KNOWING THAT I STAND FOR SOMETHING GREAT’

STEVIE J: ‘I LIVE MY LIFE KNOWING THAT I STAND FOR SOMETHING GREAT’ 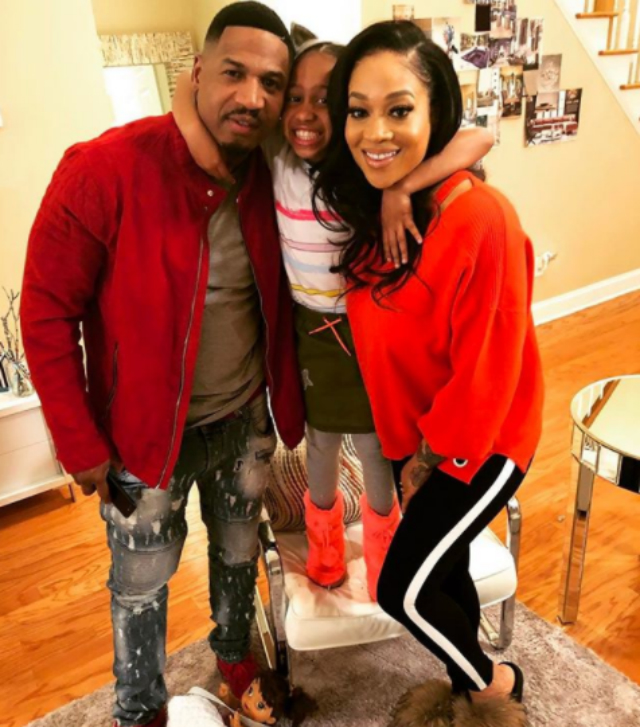 Stevie J is hoping to improve his image via his new reality series, Leave it to Stevie. The reality star tells The Grio exclusively about his blended family.

“Bonnie Bella is 17 months now. She’s running around and babbling. She’s beautiful,” he says of his youngest daughter. Bonnie is Stevie’s only child with Joseline Hernandez. “I think Joseline is the most beautiful woman God ever made,” Stevie shares of his former partner. “You never know what the future holds. We have a beautiful daughter and I’m proud of the mother that Joseline is. She’s doing a great job.”

News of Stevie J facing possible jail time for unpaid child support became a hot-button topic a few months back. Some media sources reported it as if the producer was only a hop, skip, and jump away from being thrown behind bars. Stevie, however, tells The Grio a different story.

“We’re still negotiating that,” the celebrity dad reveals. “We are gonna take it all as it comes and be optimistic,” he adds. “My kids all know I love them and we are best buddies and we have to go through formalities in life. Once you go through things it just makes you a better person. Sometimes you make a wrong turn and you have to rise out of the situation and that’s what we are doing.”

Some critics deem Stevie as nothing more than a womanizer. He could care less about such scrutiny. “I live my life knowing that I stand for something great and I respect others and respect my family,” he says. “I can’t really be concerned about any of the white noise. If I’m worried about what people are saying then I’m not focused on my destiny so I just block it out and push forward and keep working hard.”

Catch Leave it to Stevie every week on Vh1!

TRENT FULLER MAY BE THE NEXT GREAT SPORTS REPORTER