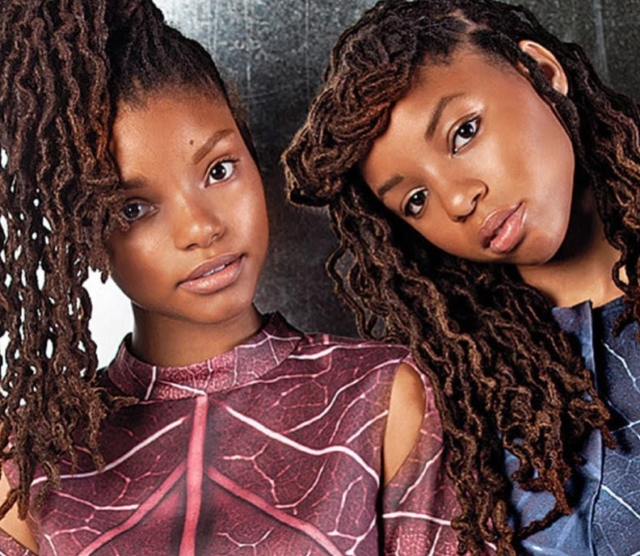 It can be said that the Bailey sisters are living a truly charmed life as they are learning how to navigate the industry from Queen B herself. The sisters, discovered and signed to Beyoncé’s label from a posted YouTube cover have not only become amazing international superstars, but they have become actresses and fashion icons as well.

Recently, Vulture caught up with the pair and talked about their new album release, having Beyoncé as their mentor, and more.

Check out an excerpt from their interview below.

In your short film for the album, you have Moonlight’s Ashton Sanders playing a literal swagged-out angel, which is casting perfection. Tell me everything.
Chloe: Yes! It was so magical how that short film came together. It flows so well. We love Ashton. I remember we met him in person at this Teen Vogue shoot we were doing together and we exchanged numbers. We were also following each other on social media, and that was about that. We knew we needed a really cool leading guy in our film, and we texted him saying we’d love for him to be a part of it. He said yes immediately; it happened that fast. He did such an incredible job. The film was directed by the wonderful Cara Stricker and Kwasi Fordjour, and it represents how pressure makes diamonds. No matter what you go through, you will be alright.

I was struck by how hands-on you both were with this album, especially for a debut. Chloe, you produced almost all of it and you each wrote or co-wrote all of the songs. Was creative autonomy crucial to you?
Halle: Oh yes. Our parents always taught us from a young age that we can do anything we put our minds to and not to be afraid to dive in to do something that may not be considered things for little girls to be doing. My sister is so inspiring to me when she produces. And we write all of our songs from our living room. It’s fun for us. We also feel like this generation is on this wave of learning how to do things on our own and learning how to stand up for ourselves. It’s a big thing for us.

Was there any pushback, people telling you it would be better to let other people control your work rather than do it yourselves?
Halle: There has been underestimation at the front door, and that’s bound to be there since our appearance is these small, young girls. Most people just expect you to go in and write a Disney song. It’s fun for us to prove ourselves. Once we put our foot in the door and shove it open, it’s exciting for us to see people’s reaction. They realize that we can do this.