T.I. AND THE FAMILY HOST FREE ‘BLACK PANTHER’ SCREENING IN THE ATL

"We Don't Have Enough Of This" 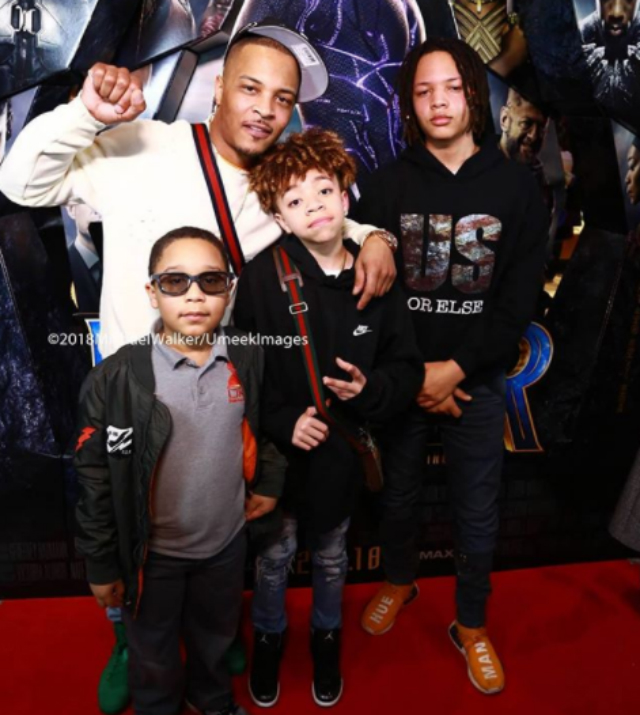 T.I. and Walmart teamed up to give Atlanta locals a free night at the movies this past Tuesday. The celebrity father attended the Black Panther screening with his kids.

The excitement was certainly in the air as T.I. mingled with fellow attendees prior to the start of the film. Black Panther is said to be more than just another movie because of the promise of diversity it brings.

“I’m excited for what Black Panther is about to do, not just for young black boys and girls, but for everyone,” Letitia Wright, who plays Shuri in the film, says. “There’s a black superhero, but then we’re going to have more Asian superheroes and more from India. The solution to the problem being: We don’t have enough of this, so we’re going to make more.”

Lupita N’yongo, who portrays Nakia in the movie, also comments on diversity in television and film by saying, “In Kenya, I grew up watching Mexican soaps, Australian soaps, and American stuff. I didn’t feel like TV was so diverse — but I just took it in stride. What’s really exciting about this is if I can project my humanity onto people who don’t look like me, from cultures that aren’t like mine, why on earth shouldn’t it be the same in reverse? What we’re talking about is the prominence of this particular film and how it is entering into a more mainstream cultural consciousness.”

Black Panther has received rave reviews from most critics. The film has also been quite popular in pre-sale tickets. You can catch Marvel’s newest movie in all of its glory on February 16, 2018.