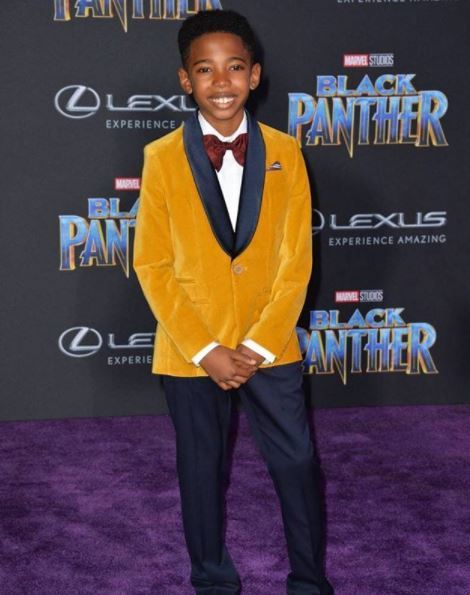 Seth Carr is probably one of the luckiest young actors in #younghollywood today as he will get the dubious distinction of being featured in one of the most anticipated movies in history—Black Panther. Black Panther has already broken box office records and has yet to hit the big screen, and 11-year-old Carr will be front-and-center as the young Killmonger.

Born on August 16th, 2007, in Anaheim, CA, Carr started his career when he was just 3-months-old, as an infant model. Represented by TalentWorks, Carr’s career grew and he blossomed into an accomplished actor, known for roles on acclaimed television shows such as Ray Donovan, Superstore, Bosch, Brooklyn Nine-Nine, Code Black, among others.

What’s next for this talented young star? Well, Carr has two projects in production, television series, Knight Squad, and new movie Breaking In on the horizon. It seems like the sky is the limit for young Carr and we will all just have to grab a front row seat and follow his journey on Instagram.