EXCLUSIVE: 5 THINGS YOU DIDN’T KNOW ABOUT ANAIS AND MIRABELLE LEE

These Girls Are Making Serious Moves

by Sarie
in Exclusives, Upcoming
0 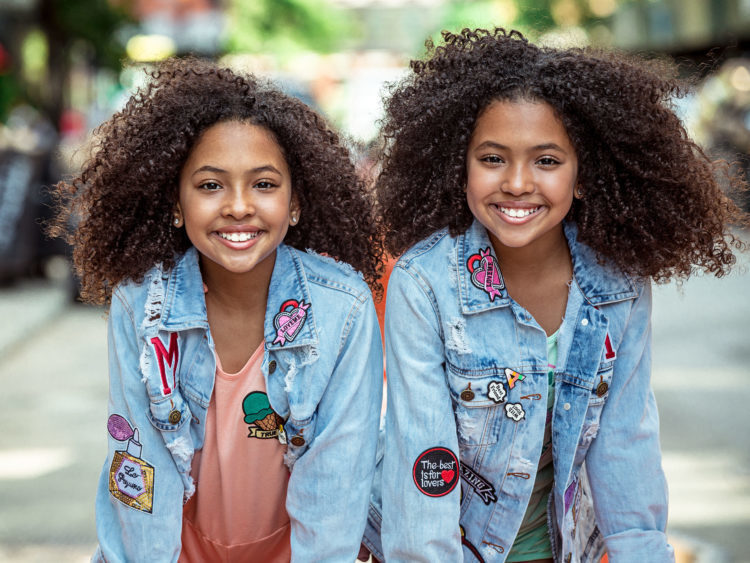 Remember the names, Anais and Mirabelle Lee. These rising stars began their careers as models at the tender age of 3-years-old and started their lives as actresses with a bang as “Janie” in the crime thriller, Blood Ties at just 5-years-old. Since then, the girls have appeared in co-starring television roles on The Blacklist, Madam Secretary, Veep, The Following, Mozart in the Jungle and the new Syfy series Happy. Mirabelle filmed a series regular role in the Nickelodeon pilot “Sit and Stay Pet Café”. The girls are seasoned actors who have performed skits with Stephen Colbert on “The Late Show with Stephen Colbert” and with Tracy Morgan on NBC’s “Red Nose Day.”
Who else can say that they worked alongside Zoe Saldana and Matthias Schoenart before their sixth birthdays?

Anais and Mirabelle have also walked the runway for the past three years during New York Fashion Week. The girls are familiar faces to Nickelodeon fans as they have participated in several promos and commercials nationwide. These twins are on the move!

We recently caught up with these rising stars to talk about their careers and hobbies. Get to know Anais and Mirabelle Lee below!

1. What are five of your favorite things?

“Our first favorite thing is our Shih Tzu Emerald. She’s so adorable! She loves to wear cute bows, dresses, and sweaters. She is the first thing we bought together with our own money. Our second favorite thing is our hoverboard and creating hoverboard dance videos. We love our iPhone 8+ because it takes great photos and we love posting images on our Instagram page. We’ve built up a following of over 260,000 followers! We love our wardrobe of clothes. We have so many cool clothes and get so many new things in every day our parents are converting our entire attic into a closet! Our new favorite thing is our MacBook Pro. We like vlogging and editing videos on it to post to our Youtube channel.”

A post shared by anais and mirabelle lee✨ (@anaismirabelle)

2. What do you like about working with your twin sister?

“The best part about being a twin is that we have a built-in best friend. Who knows you better than anyone else in the world. We are so close that we finish each other’s sentences. When we walk into a casting or audition together, we feel confident because we’re together. If we go on a set or perform on stage, we aren’t that nervous because we have each other. When we work together we have an automatic friend on set. We are able to create dances and synchronize easily, which helped us book commercials like the iPhone 6S, Nickelodeon’s Shimmer and Shine, and Philadelphia 76ers commercials. At times for commercial auditions, we’ll just go in dancing together! We love being twins in this industry and couldn’t do this without each other!”

“What we like most about acting is making friends and becoming new people. You might get to try on wacky costumes, cool hairstyles, or even have to have a different voice! It’s all so fun!! When we are on set, we always make new friends! Some of them even become our best friends for life! We have so many acting friends who we’ve known for years! Mirabelle made her #1 best friend when filming a Nickelodeon pilot for Sit and Stay. They’ve been best friends ever since.”