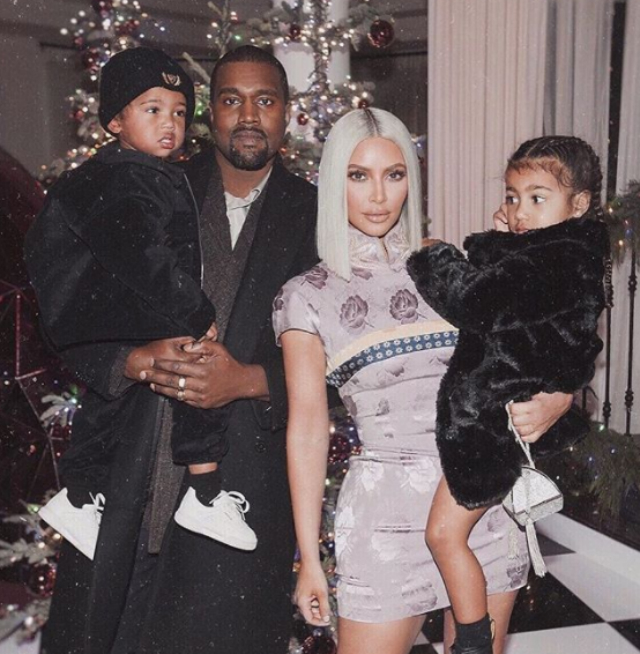 Update (12:47 pm) — Kim left the following note on her website regarding the birth of her and Kanye West’s third child:

Kanye and I are happy to announce the arrival of our healthy, beautiful baby girl. We are incredibly grateful to our surrogate who made our dreams come true with the greatest gift one could give and to our wonderful doctors and nurses for their special care. North and Saint are especially thrilled to welcome their baby sister.

Congratulations to Kim Kardashian and Kanye West on the arrival of their third child. The newborn made entry on Tuesday, January 16, 2018, via surrogate.

Us Weekly reportedly confirmed the arrival of Kim and Kanye’s third child. The general public learned of the Wests’ family expansion last year after an episode of Keeping Up With the Kardashians revealed Kim sharing the exciting news with loved ones.

“What happens every time I say, ‘Guess what,'” Kim asked her sister, Khloe Kardashian. “We’re having a baby,” Mrs. West gushed.

Kim celebrated the impending birth of her third child with a beautiful baby shower fit for a princess. “We had a baby shower over the weekend, and I thought, you know, I really do want to have a baby shower because I want [North] to feel that something’s coming and for her to really understand it,” Kim told Ellen DeGeneres after the festivities concluded.

“People brought toys and gifts, and [North] was opening them all up the next day and she goes, ‘Mom, since baby sister’s not here, I think I need all of her toys in my room and play with them and make sure they’re all OK for [my] baby sister.'” So cute!