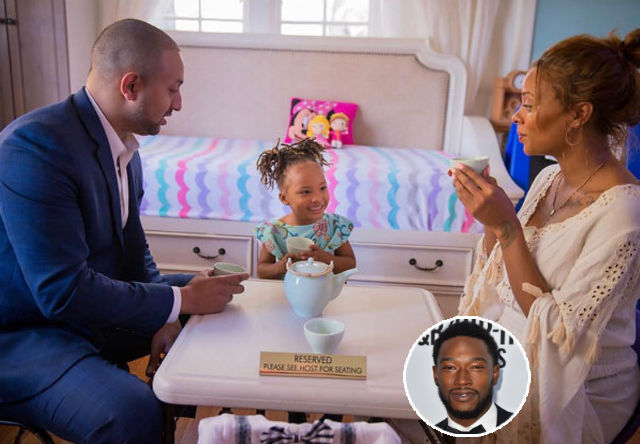 Here’s a bit of positivity coming from Kevin McCall. The celebrity father shared an Instagram post in which he praised his child’s mother, Eva Marcille, for caring for their daughter, Marley Rae McCall.

“Respect,” Kevin hashtagged in the caption section of the picture post. The photo was of Eva doing arts and craft with her daughter.

Several fans praised Kevin for his admiration. “I pray ur mind and soul does get fixed and you get a fresh start,” one of the celebrity father’s fans tweeted. “You are too handsome and talented,” she added. “Everyone deserves a fresh start.” We agree.

@KevinMcCallJr I pray ur mind &soul does get fixed & u get a fresh start u r too handsome & talented everyone deserves a fresh start Happy New Year ???❤️

Kevin McCall shared controversial posts regarding his daughter and ex-girlfriend after news of Eva Marcille expecting a second child with her fiance, Michael Sterling, went public. “If you want her so bad you can have her,” Kevin told his child’s mother.

“I am deleting all memories of her,” he said. “I’m not about to play any more games or participate in society’s joke Of a child care program. Me and (my other daughter) Are straight, she will just get double now and f*ck whoever got a problem with it Your opinion ain’t never got me anything this is what it is now.. @EvaMarcille you’re dead to me.” Kevin later clarified his statement after some accused him of disowning little Marley Rae.

Eva Marcille and Michael Sterling are expecting their little one to arrive in coming months. Marley Rae McCall celebrates her fourth birthday next month.