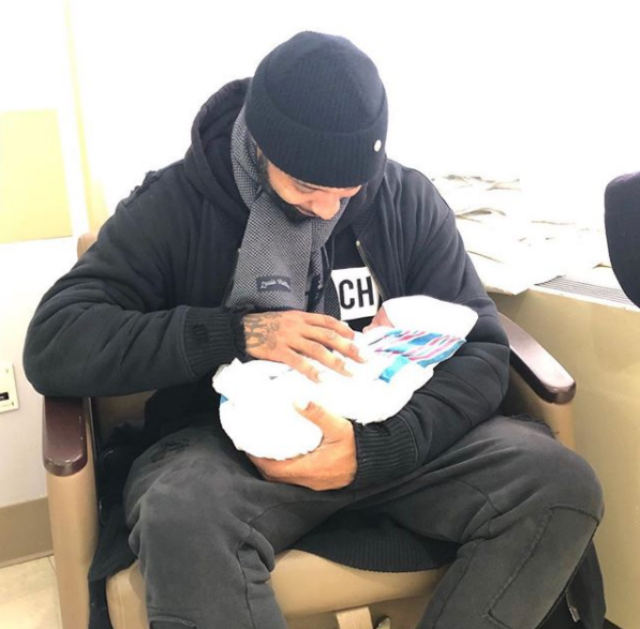 Congratulations to Joe Budden and Cyn Santana on the arrival of their son. The little one, whose name remains a mystery for now, joined the family on Friday.

“Happy birthday baby boy. We love you so much,” Cyn tweeted. The new mom also shared a precious picture of her holding her newborn son’s little hand. The post was met by thousands of hearts on Twitter and hundreds of congratulatory remarks.

Happy birthday baby boy. We love you so much ✨ pic.twitter.com/5vagxQYQ1R

Joe Budden also shared his excitement over the arrival of his son. The celebrity father uploaded three photos to Instagram with one being a throwback of him being held by his father as an infant.

Cyn Santana and Joe Budden delved into their anticipated lives as parents before their son’s arrival. “I Never…. I never knew we’d get here, it’s funny,” Joe told Cyn in a beautiful Instagram post.

He further expressed delight in his partner’s expectancy saying, “You are the best.” Cyn interrupted the proud father-to-be with, “I dare you to say baby mama.” Hilarious!

Joe discussed his parenting beliefs when rearing his older son during an interview with Ambrosia For Heads. “They always say that chivalry is dead,” he explained. “I don’t think it’s true. I think when people are raised properly, certain things are just by default. You open doors. You carry things. You pull out chairs. You’re mannerable. You’re polite. You’re just a gentleman—so I try to teach him that.”

Stay tuned to see what name JOoe Budden and Cyn Satana give their newborn son!