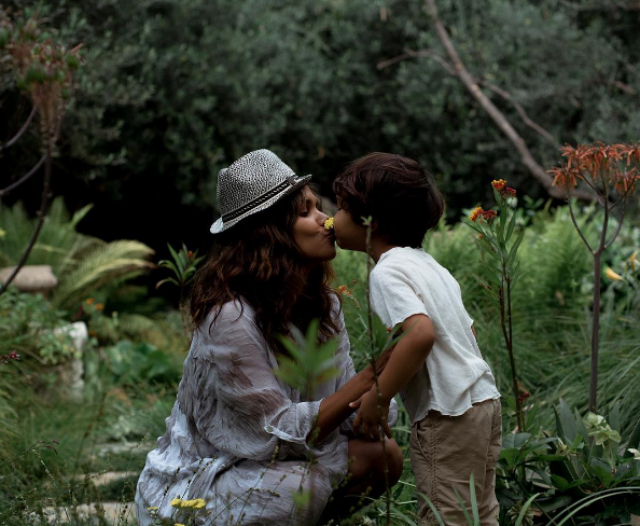 Were you expecting much more than this, though? We are sorry to disappoint you. Halle Berry rarely shares photos of her kids on social media and when she does, their faces are covered. The actress’ most recent photo of her son, Maceo, is not that much different, though the celebrity mom does show a small portion of the little one’s face.

“I see you, Christmas,” Halle captioned underneath a photo of Maceo peering through the greenery. Fans got to see a considerable portion of Maceo’s face as his left eye and cheek were shown in the candid. “He looks like you,” one fan told the celebrity mom. “OMG! Is this Maceo,” another Instagram subscriber asked. “He is GORGEOUS! Your twin for sure. We know how protective you are of your babies. Thank you for allowing us a peek into your heart!”

Halle Berry explained why she is meticulous about sharing photos of her kids online last year. “I’m not at all ashamed of my children,” she told one social media follower who criticized her decision to shield Maceo and Nahla. “I try to find creative ways to incorporate them into my feed because they are the biggest part of my life, but I also work very hard to keep their identities as private as I can considering they are only children.”

Berry went on to say, “It’s my belief, and I’m not criticizing others who have different beliefs, that it’s my job as their mother to protect their privacy as best I can.” The actress further shared, “When they grow and they’re of age and they want [to] share their images on the Internet, that will be for them to decide, not me.”

Maceo is Halle Berry’s only child with her ex-husband, Olivier Martinez. The actress’ daughter, Nahla, is her and French model Gabriel Aubry’s kid.