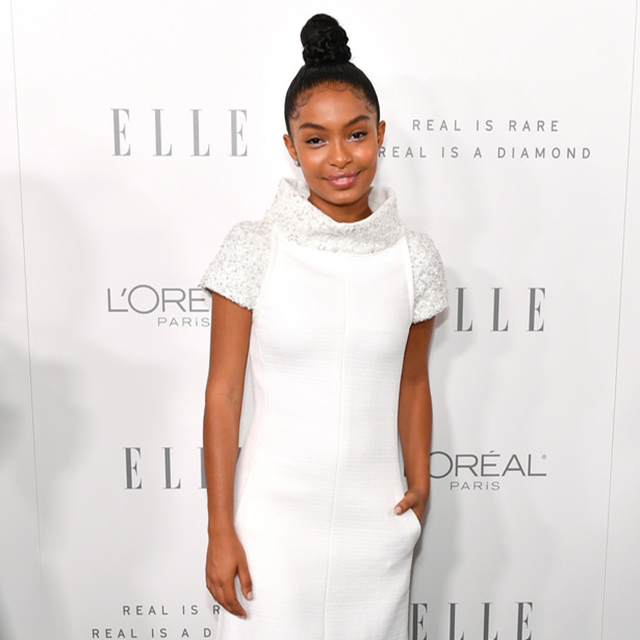 Known for her amazing talent, keen fashion-sense, and devout activism, championing many causes across a wide-spectrum, Yara Shahidi has become a household name.

She first stole the hearts of millions as Zoey Johnson on ABC’s hit comedy series, Black-ish. Now, graduating in both real life and on t.v., Shahidi will take on the challenge of university life both on and off the camera as she heads to Harvard and then to her own spinoff, Grown-ish, set to debut on Freeform in January.

Recently, the young talented teen was named to The Hollywood Reporter’s Next Gen Talent 2017: Hollywood’s Rising Stars 35 and Under. The magazine sat down to talk for a brief moment with the young star and here are a few things that she had to say. To view the entire list that includes Amandla Stenberg among others, click here.

THE BIGGEST PROBLEM HOLLYWOOD NEEDS TO FIX IS … “It does truly need to become a space for everybody. It isn’t representative of our actual world.”

HOLLYWOOD WILL REALLY CHANGE WHEN … “I fervently believe that when we support all creative voices, it gives us some equilibrium and gives us a sense of equity, that everyone’s voice is being valued and that everyone’s voice is being heard. Also in terms of the creative and the less political side, not only will it shift the politics of Hollywood but it will also provide for more diverse storytelling not only in the people you see onscreen but the nuance of the story at hand. In breaking down these stereotypes and allowing really for more of a spectrum of stories — not saying that there are certain stories that don’t deserve to be told, but rather they can’t be the only stories that are told about a certain community.”

What’s do you think is next on the radar for Shahidi? Well, she number one on her wish list-to star in a Marvel movie. We definitely would be first in line to see that!