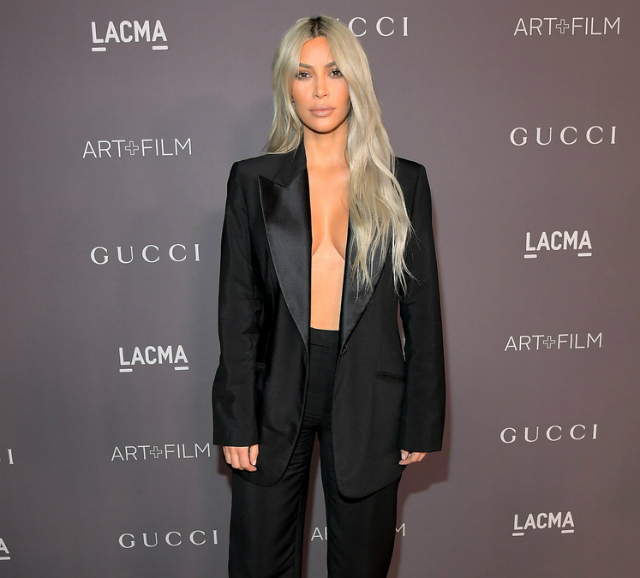 Kim Kardashian is getting ready for baby number three. The celebrity mom held a baby shower in honor of the impending birth of her and husband Kanye West’s newest family addition, and we have clips from the event!

Kim took us inside of her shower, which served more as a tea party than anything else. “Okay, guys,” Kim said in the footage. “My baby shower for baby number three. It’s just a tea for three with cherry blossom forest.” Kim’s commentary served as the perfect explanation for her shower’s decorations. Every aspect of the gathering was the epitome of perfection. One look inside and you know the event was definitely a Kardashian thing.

#KimKardashian is getting ready to have her #baby shower for #baby no.3. #bck #kanyewest #babywest

Kim has expressed her desire to have another child for a while. “I hate being pregnant,” Kardashian admitted last year. “I think it’s the worst experience,” she added.

The celebrity mom went on to tell media the dramatics of her labor and delivery experience with her and Kanye’s son, Saint West. “It took about two hours to get my placenta out,” Kim explained. “My cervix was closed and the doctor had to break through my cervix with his hand. They thought they were going to have to remove my uterus. I knew it was a possibility, but [luckily] we worked it out.”

#NorthWest is having a fun time at her mom’s baby shower for baby no.3. #kimkardashian #northwest #surrogacy #kimkardashianwest #kanyewest

After getting through the experience, Kim decided that at least one more child was in order. “You forget,” Kardashian said of the challenges she’s had with her two pregnancies. Still, “I could definitely have one more.”

Kim Kardashian and Kanye West are expecting their third child by way of surrogate. The little one will join big brother Saint and older sister North at home next year. Stay tuned for more Kim Kardashian expectancy news!

YARA SHAHIDI LANDS ON THE THR'S NEXT GEN TALENT 2017 LIST