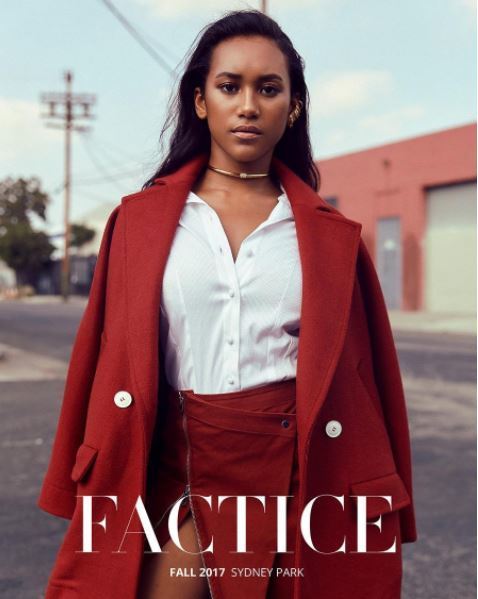 Sydney Park is probably one of the most recognized faces in young Hollywood today. Known for her comedic beginnings, at the tender age of six, the young star quickly rose up the ladder of success making the leap from the famous Hollywood Improv stage to the small screen, appearing on Disney’s That’s So Raven.

From there, Park has gone on to guest star in Entourage, have a recurring role on The Walking Dead, Wish Upon, Spirit Riding Free, where she voiced the character Pru Granger, and most recently, her latest film, Alter Rock, which is still in post-production.

Recently, the teen beauty has taken to proving that she is truly a jack-of-all trades with her stunning photo shoot in the current issue of Factice Magazine.

In addition to showcasing her amazing style, the actress sits down with the magazine for a one-on-one interview. To purchase a copy and catch up with the rising star click here.

It would not surprise us at all to see Park back in front of the camera, if not on the runway sooner than not. She is a natural and simply beautiful.