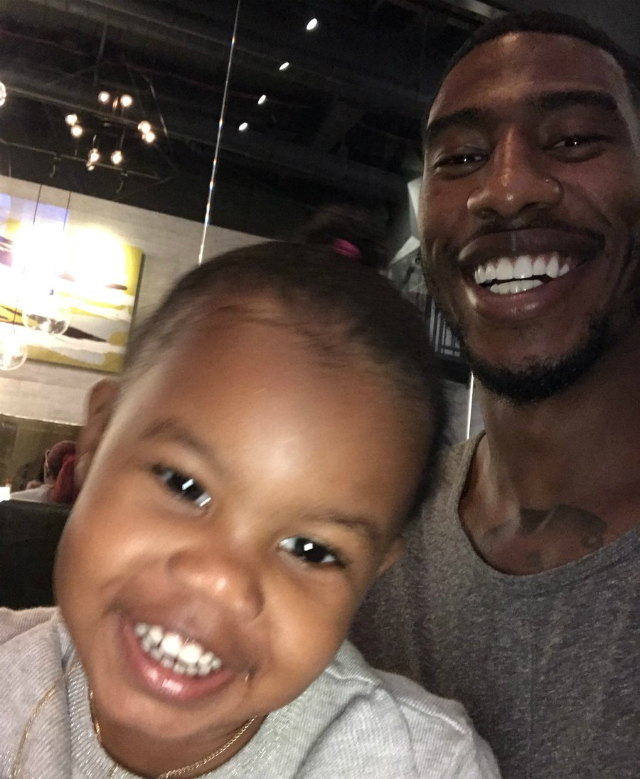 Tal about trailblazing! Iman Shumpert shared one tweet of him hanging with his daughter with a cute caption that sparked a fire in other dads on Twitter.

The NBA star shared a candid of him and little Iman Tayla smiling for the camera on Sunday. “This father stuff will turn you soft man, really soft,” he mused online.

The post turned into a sort of movement as dozens of fathers uploaded pictures and video clips of their kids in agreement with Iman. Some of the responses are just too cute for words so take a look at the samples below!

I feel you bruh pic.twitter.com/EvInPDp6hX

Iman Shumpert shared the joys of fatherhood shortly after delivering his daughter in the family home’s bathroom. “There’s no better feeling than just to hold your child, first born at that, for the first time,” he said of the birthing experience. “And I’ve never felt a feeling like that,” Iman added. “I just stare at her all day really,” he gushed. “She’s beautiful. She took the best qualities from me and Teyana, and there you have her.”

'THE CROMARTIES' IS SET TO PREMIERE ON NOVEMBER 9TH!