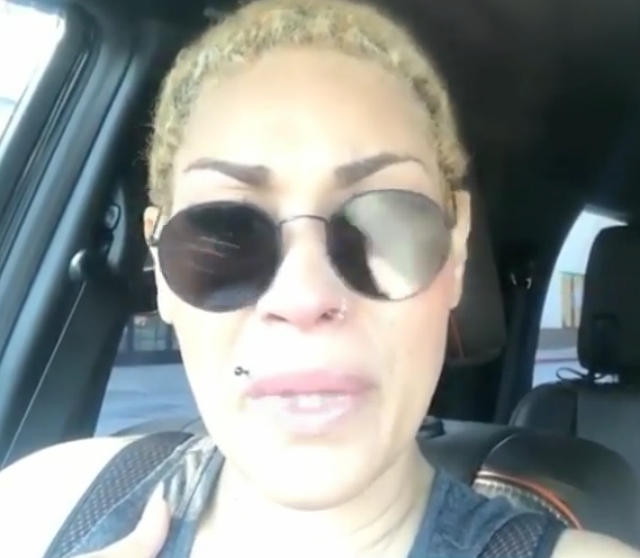 Hearts are breaking for Keke Wyatt. The expectant star is eight months pregnant and headed for divorce court according to a video message that she posted to Instagram and then deleted on Wednesday.

“You want to know something, America,” Keke asked at the beginning of her announcement. “When you’re eight months pregnant and you got a child sick, in and out of the hospital, and you’re husband’s got the nerve to tell you that he wants a divorce? He says that you’re an emotional wreck. He says, ‘from the very beginning, you never trusted me,’ and all that kind of stuff. Telling other people, other women, that we’re getting a divorce. Like, what? I am so done with Michael Jamar,” Wyatt concluded.

It was just a few weeks ago that Keke and Michael vacationed in Hawaii. All seemed to be well in paradise as Wyatt shared several photos of herself showing off her protruding stomach. “Me and my baby chillin,” she wrote. Many fans deemed the break a much-needed one since Keke and Michael were hard working and standing by one of their children who has been battling cancer for several months.

“Plz pray for my family,” Keke requested of her Instagram fans in June. “My child has been fighting cancer and lost all of their hair that they loved. It hurts me so bad.” Keke was joined by her mom and aunt in shaving their heads in support of the little one’s fight.

Keke Wyatt is expecting her fourth child with Michael Jamar Ford. The newborn will be the ninth to join the blended family.

CONFIRMED? AN INSIDE SOURCE SAYS KIM KARDASHIAN AND KANYE WEST ARE EXPECTING A BABY GIRL