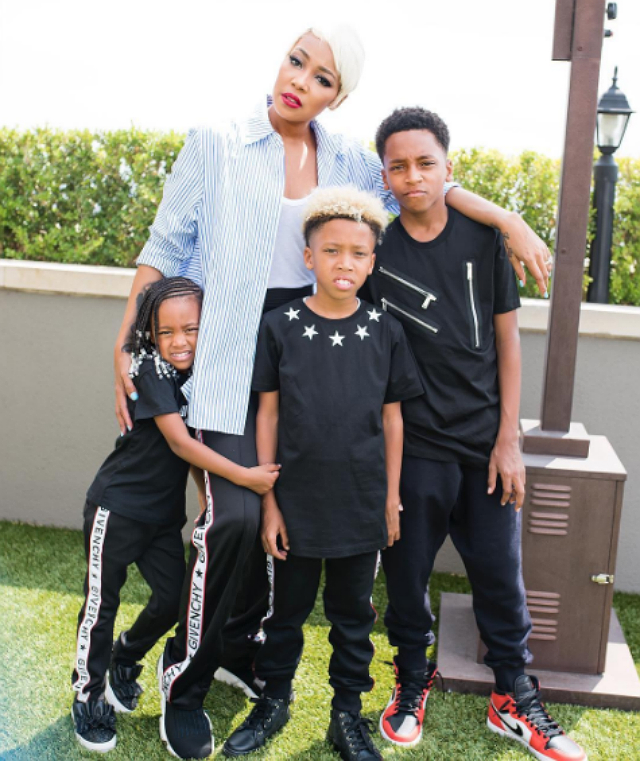 Monica threw her daughter a large birthday bash that was based on Disney’s Frozen. “#LaiyahsFrozenFourBrunch was really incredible,” the celebrity mom exclaimed. “Nothing like Chicken, Waffles, Elsa, Ana, and Olaf,” Monica mused. “The only thing missing is Daddy,” Monica said of Shannon Brown working in China. “Facetimes been our best friend … so that he can see that even while he’s at work we are making sure everything’s perfect!! Laiyah says China is too Far and the boys are being tough! But we’re pulling through!!”

#LaiyahsFrozenFourBrunch was really incredible !!! Nothing like Chicken, Waffles , Elsa , Ana and Olaf…. Lol The only thing missing is Daddy!! Facetimes been our best friend… so that he can see that even while he's at work we are making sure everything's perfect!! Laiyah says China is too Far & the boys are being tough! But we're pulling through!! Thank you @bdashd EVERYTHING was perfect !! Cake Decor Cupcakes all perfect for the day❄️ ?: @cyndiibee_

Pulling through this past weekend involved Laiyah meeting some of her favorite Disney friends. “Fun Surprise of the day was Making her dream of meeting Elsa and Ana come true,” Monica said of her daughter’s party. “The bonus was our friends and family.”

Laiyah held Elsa’s hands while having a one-on-one with the character in one of the shots. The conversation appeared quite serious as the 4-year-old kept eye contact with the Disney princess. Laiyah’s good friend began taking pictures of Ana the moment that the beloved character walked through Monica’s doors. “#RealLove,” Monica hashtagged of the friendship. “These two are far more cuteness than I’ve EVER seen before.”

Monica also commented on Laiyah’s godmother, Tiny Harris, and godsister, Zonnique Pullins. “My Baby’s God-Mother is simply everything,” the star mom exclaimed. “@majorgirl our real life Guardian of the Galaxy LOL! And My baby’s awesome God-Sister @zonniquejailee!! We love you both!”

Also in attendance were toya Wright, Vanessa Bryant and kids.

My Baby's God-Mother is simply everything !! @majorgirl our real life Guardian of the Galaxy LOL❤️ & My baby's awesome God-Sister @zonniquejailee !! We love you both!! Thank you!! #LaiyahsFrozenFour