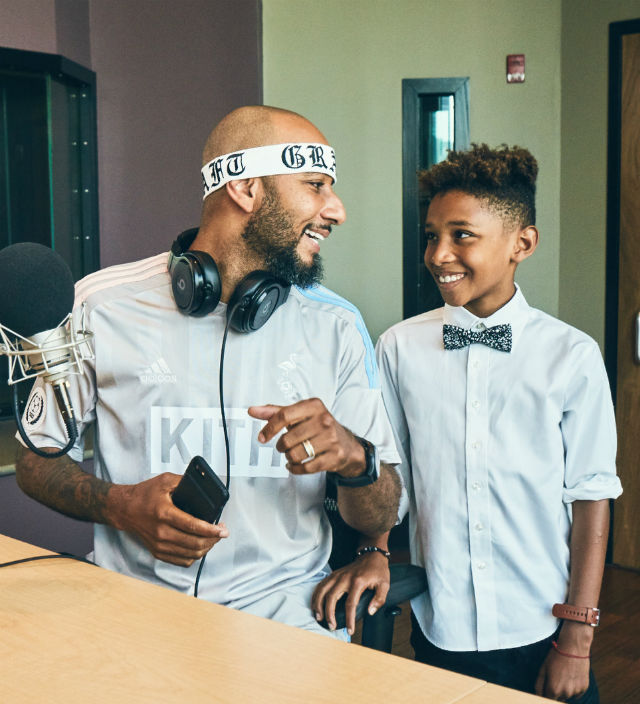 We knew this was coming. Kasseem Dean, Jr. is making his musical debut on his father Swizz Beatz’s upcoming album and, based on the preview, it’s going to be amazing.

The youngster was filmed while listening to the playback of ‘Take Your Time,’ which gave everyone in the Beats 1 studio chills. “My son KJ the Prince /@kasseemsdream took over my @beats1official @zanelowe interview with his new song Take your time,” Swizz told his Instagram fans.

Shouts to @therealswizzz! He says his album is done. It's called 'Swizz Beatz Presents: I'm with the Smoke.' He also gave @zanelowe a #WorldFirst from his son, KJ the Prince (@kasseemsdream), #TakeYourTime! Hear their chat and the song on @applemusic.

Beats 1 also took to social media in celebration of little Kasseem. “Shouts to @therealswizzz! He says his album is done. It’s called ‘Swizz Beatz Presents: I’m with the Smoke.’ He also gave @zanelowe a #WorldFirst from his son, KJ the Prince (@kasseemsdream), #TakeYourTime!”

Kasseem, Jr. has been getting in a lot of practice leading up to his debut moment. It was just a few weeks ago that the little one took to Instagram with his mom, Mashonda Tifrere, for a bit of harmonizing. The youngster also invited his mom to the stage for a duet during a school recital a few months back, which warmed Mashonda’s heart to no end.

Mashonda works well with Swizz Beatz in co-parenting Kasseem Jr. “Focus on your children—and your children only,” the celebrity mom advised during an interview in 2013. “Co-parenting is not about your feelings or those of your ex-spouse, but rather about your child’s happiness, stability, and future well-being.”