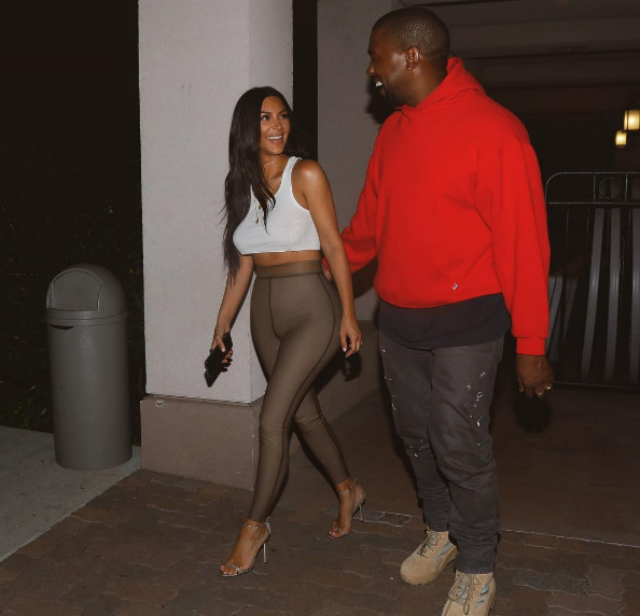 Kim Kardashian and Kanye West are well on their way to family expansion. The couple’s surrogate is reportedly three months pregnant.

According to Us Weekly, Kim and Kanye’s “pick — a San Diego mom in her late 20s, referred by an agency — is three months along, which means they’ll likely welcome baby No. 3 in January 2018.”

News of the Wests choosing to expand their family by way of surrogate spread several weeks ago. TMZ outlined the celebrity couple’s payment schedule that included $45,000 in ten $4,500 monthly installments given to the surrogate and a $68,850 deposit paid to the agency. The Wests agreed to pay an additional $5,000 per additional child if the surrogate conceived multiples.

Kim expressed a desire to have more kids during the latest season of Keeping Up With The Kardashian. The celebrity mom, however, was faced with the reality of her inability to carry another child after a doctor’s visit that went horribly wrong. “There’s a complication with my bladder I had to have a catheter,” the celebrity mom revealed. “Not only has this been really painful, but now hearing that I can’t carry any more kids, it couldn’t get any worse.”

The Wests’ surrogate will deliver their third child in coming months. The little one will join North and Saint West at home.