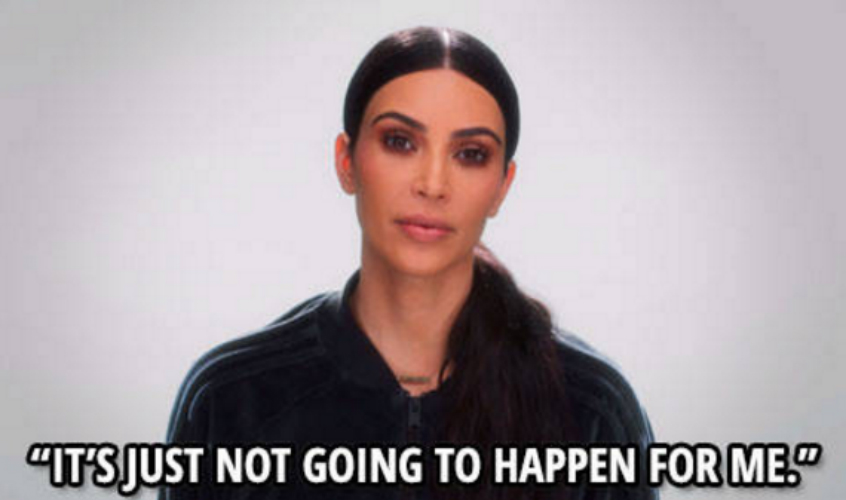 Kim Kardashian’s hopes of having a third child has been dashed. The reality star shared her pain and frustration during the latest episode of Keeping Up With the Kardashians this past weekend.

“I’d just love nothing more than to expand my family and just know that I have this world at home that’s safe,” Kim explained. “And if for some reason I left this earth sooner than I really wanted to, then my kids would have a support system at home so that I know that they would be OK if I wasn’t here.”

The celebrity mom did everything within her power to conceive again, which included attempting to undergo surgery that would prepare her uterus for baby number three, but all efforts failed. “There’s a complication with my bladder I had to have a catheter,” Kim revealed on her reality show. “Not only has this been really painful, but now hearing that I can’t carry any more kids, it couldn’t get any worse.”

Kim Kardashian revealed her plans to undergo surgery for more kids last month. “I’m going to try to have one more baby,” Kim shared during an episode of her hit reality series. “I want my kids to have siblings but the doctors don’t think it’s safe for me,” she added.

North certainly would have been happy if everything would have gone well with Kim and her surgery. The little one expressed excitement over the possibility of having another brother or sister during Sunday’s episode of Keeping Up With the Kardashians. “I want a boy and a girl,” North exclaimed. “That would make me so happy!”

Even though Kim cannot give birth to more kids, nothing is stopping her from expanding the family by way of a surrogate. “I think that I always knew that surrogacy was an option, but I didn’t think it was that realistic of an option,” Kim revealed during Sunday’s episode. “Now, I feel like that’s my reality.”

Kim Kardashian and husband Kanye West have two kids, North and Saint, together. North celebrates her fourth birthday in June, while Saint turns 2-years-old in December.

KEKE WYATT CONFIRMS THAT SHE IS EXPECTING HER 9TH CHILD