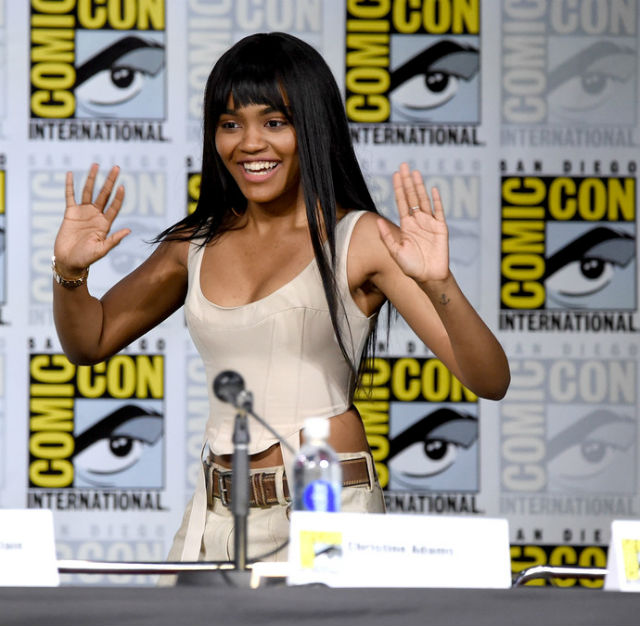 Fresh off of the success of Descendants 2, China Anne McClain switched gears and attended the Comic-Con 2017 in San Diego, promoting her upcoming superhero series Black Lightning.

McClain portrays the role of Jennifer Pierce, daughter of superhero Jefferson Pierce, in the new CW series, who discovers that she has inherited superpowers of her own. Recently the young star sat down with J-14 to talk about how playing Uma in Descendants 2 prepared her for her new role despite the fact that one is a villain and one is not.

When people call me crazy..

“It’s a totally different world!” McClain commented to J-14. “Black Lighting is one of DC Comics first African American superheroes to have his own comic book, so that is iconic by itself. I’m playing Jennifer Pierce, one of his daughters, and it’s interesting because she finds out she has super powers as well. So she’s kind of struggling with that, and she’s also a teenager, so you know, she’s going through stuff. But Uma definitely helped me tap into that same energy because to play a villain and it’s on the opposite side of the coin, you need that power, you need that same energy. So it for sure helped, and it’s just really cool to be able to play a superhero over here and a supervillain over there. I’m so excited!”

Okay guys, so quick funny comic-con story. Ryan Gosling walked next to me when we were both in between interviews and I looked at him and told him he was awesome. He looked back at me and said "YOU'RE awesome." And we went back to doing interviews. Just wanted to share that real quick.

Black Lightning debuts in 2018 and we will definitely be front and center for the debut!