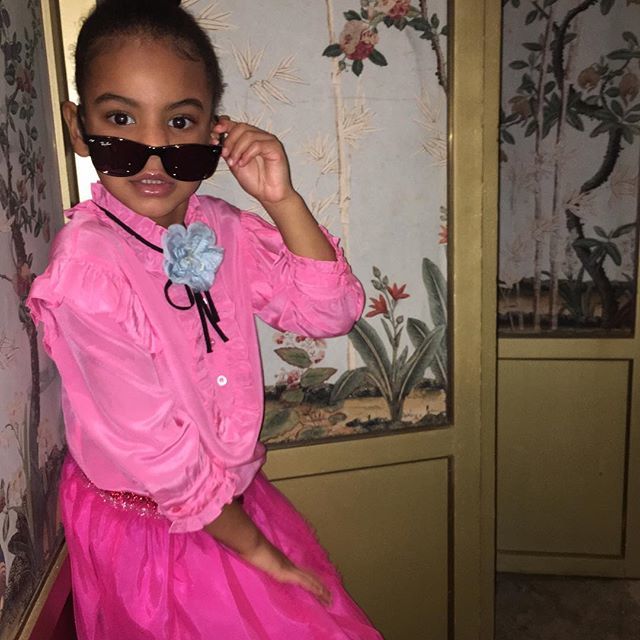 Make way for Blue! Beyonce and Jay-Z’s oldest daughter was filmed while busting a few moves at a recent family gathering.

“I like the fact that she looks like a regular kid just having fun,” one fan said in response to Blue’s dance segment. “Some celebrities be having their kids dressed like grown women,” the follower added. “She’s so Adorable,” another fan commented.

Blue has been quite busy with her life as a big sister and recording artist. The 5-year-old made waves in the music industry a few weeks ago when she spit a few bars on her father’s bonus track of his 4:44 album. Tina Lawson and Julez, Blue’s grandmother and cousin, joined fans in being taken away by Blue’s performance. The “Boomshakalaka” part was especially intriguing to Julez and Tina as they made sure to recite that section of the lyrics. “Too cute,” one fan exclaimed.

Looks like #BlueIvy has some fans in cousin #Julez and grandma #TinaLawson. @mstinalawson says: "Boomshakalaka , " I never seen a ceiling in my whole life"! Blue Ivy Carter spittin out them rhymes? This song is on Her dad's new Album . Its a bonus track !"