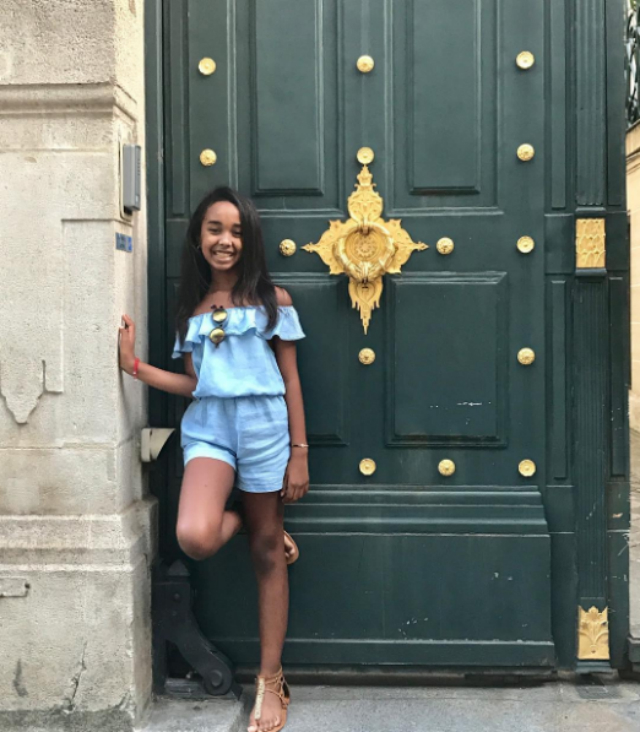 What better way to celebrate your 11th birthday than with trips to Italy and France? Chance Combs did just that earlier this week in honor of her birthday.

The tween took several selfies with mom, Sarah Chapman, and was recorded while sitting between her parents who celebrated co-parenting along with her special day. “High-five for co-parenting,” Sean “Diddy” Combs said in the clip. The Hip Hop mogul then reached over to give his mother’s child a high-five. Diddy told Sarah that she was doing a wonderful job before saying, “Co-parenting, let’s go. Life’s too short.” We couldn’t agree more.

It was just a few weeks ago that Sean Combs stopped by The Wendy Williams Show, which was another conflict-squashing moment, to talk about life as an entertainer and family man. “I wasn’t running around through my career and every couple of years just being with a new person,” he said of having six children by three different women. “These are people that were my friends,” Diddy explained.

Happy 11th Birthday to my sweetest little girl!! I love you Chance!! The world is yours baby!!

He also told PEOPLE, “I’ve been truly blessed to have some great, incredible relationships that have afforded me these children by these very strong, intelligent, beautiful black women. The mothers of my children [are] my best friends. My hat goes off to them.”

Sean Combs is the proud father of three sons and three daughters. Chance is the celebrity dad’s oldest daughter.

CHARLIZE THERON ON INTRODUCING BOYFRIENDS TO HER KIDS: 'THEY HAVE TO WAIT A LONG TIME'

CHARLIZE THERON ON INTRODUCING BOYFRIENDS TO HER KIDS: 'THEY HAVE TO WAIT A LONG TIME'