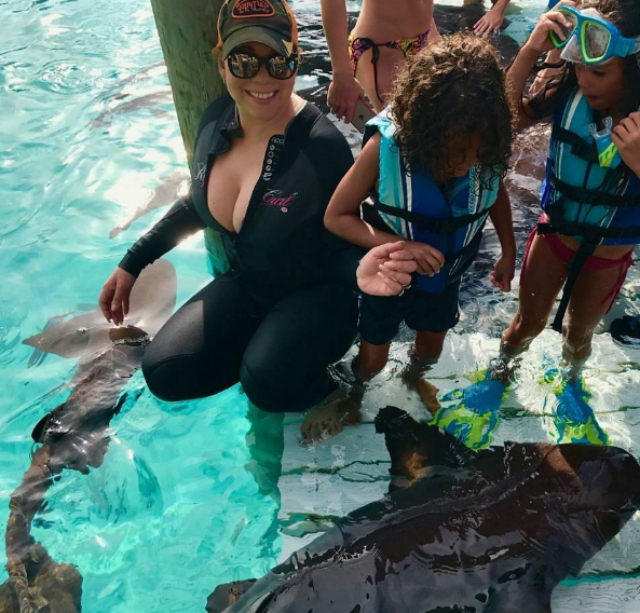 First, a docu-series, and now a drama-based show! Mariah Carey is making her way through the television industry with her latest deal being one that chronicles her life in the most dramatic way.

The series, written by Nina Colman, is set in 1986 New York City and chronicles an ambitious 16-year-old girl’s thirst for fame. The teen, of course, is a younger version of Mariah and the character’s quest for a singing career is nothing short of Carey’s story.

Many may remember Mariah Carey’s rise to fame during the early 1990s that began with five consecutive Hot 100 No. 1 hits. “Vision Of Love” “Love Takes Time,” “Someday,” “I Don’t Wanna Cry” and “Emotions” put Mariah on the map, and the Pop singer has been setting the tone for greatness among female recording artists ever since.

Carey has been fully engulfed in her Las Vegas residency in which she recently brought her children, Monroe and Moroccan, onstage during her performance. Monroe took center stage first and followed her mom’s lead when speaking to the crowd. Moroccan also addressed his public with a loud and exuberant greeting.

It was just last year that Mariah Carey gave fans an inside look into her life as a mom and recording artist in the docu-series, Mariah’s World. The Pop singer spoke with media prior to the show’s debut to explain the importance of letting fans get an inside look at her life.

“I was getting ready to go on tour and there’s so much that goes into it, and I was like, let’s just document it and go behind the scenes,” Carey said. “I didn’t get talked into it,” she assured her public. “I just wanted to do it because I thought it would be a lot of fun.”

Monroe and Moroccan were occasionally filmed while on the road with mom, which was something that the masses adored. The twins are Mariah Carey’s children with ex-husband Nick Cannon. They celebrated their sixth birthdays in April.