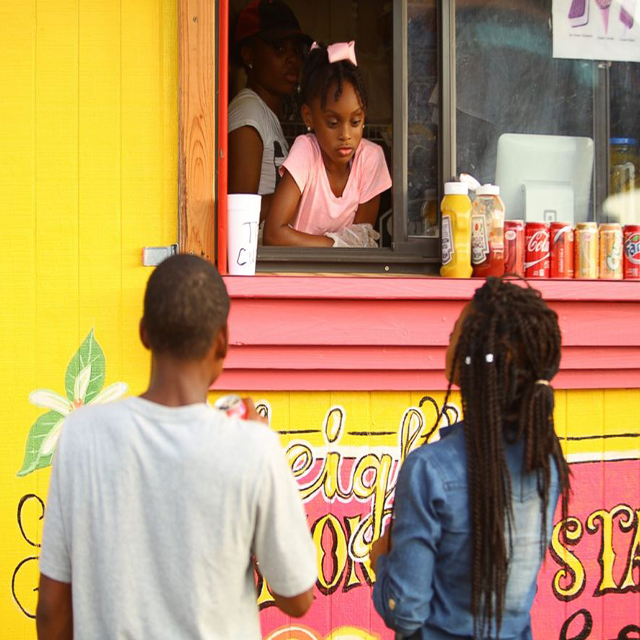 Food trucks have become increasingly common in almost every city in the United States. From tacos, to sushi, to Greek Gyro’s, gourmet meals, and more, these restaurants on wheels are sometimes, more popular than the traditional dining experience. Cashing in on this successful venture is seven-year-old entrepreneur from Arkansas, Kyleigh McGee, with her version of a mobile lemonade stand.

“We had a lemonade stand in my grandparents’ backyard and we started to make a lot of money with it,” McGee told ABC News. “So, I thought why don’t we have a lemonade stand to bring to events?”

Gabrielle Williams, McGee’s mother, told ABC News that, “[Kyleigh’s] had so much fun with it and she had a chance to kind of get an idea of how it is to be an entrepreneur. We purchased what used to be a snow cone stand, and we converted it into a lemonade stand.” McGee’s venture has been so successful that they have expanded to include ice cream, and additional snacks. One of the most popular items on the menu is a hollowed out pineapple for pineapple snow cones.

In addition to learning how to run her own business, being a responsible entrepreneur, and learning all about positive and negative cash flow, McGee says that her favorite thing about running her own business is “being the boss and serving people food.”

So, what does the future hold for this little entrepreneur? Well, according to her mother, “I’ve heard her say she wants to be a teacher, a doctor, a singer, and a tennis player. I just tell her whatever you decide to do you have my support, 100 percent.”

Whatever the future holds for McGee, we know that it is going to unquestionably be amazing. If you are in the downtown Little Rock area, stop by her truck, you won’t be disappointed!

YANDY SMITH AND HER KIDS HIT THE STREETS OF HARLEM

YANDY SMITH AND HER KIDS HIT THE STREETS OF HARLEM