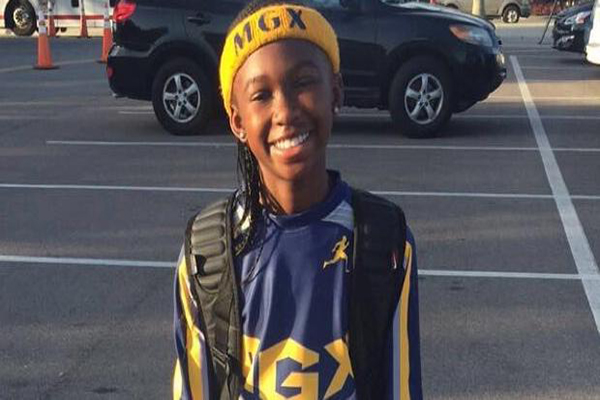 Chad “Ochocinco” Johnson may have been one of the NFL’s biggest competitors of all-time, but it is his daughter, Cha’iel Johnson who has taken over the spotlight, heading to her third AAU Junior Olympics championship in the 800m.

Blessed with extreme athletic talent, the 12-year-old is proving that she is positioned to be one of the best up-and-comers in the 800m and 1500m runs.

“I have to tell her mom and dad, you know this kid is going to dominate,” commented Darius Lawshea, who has coached Cha’iel for the past three seasons in South Florida with her team the Miami Gardens Xpress Track Club, to FloTrack.org. “She’s going to shock some people.”

Currently ranked number one as an 800m runner, Johnson’s coach is excited to show competitors that the talented preteen can also race in the 1500m.

“We’re going to win it and she will challenge the record,” he commented to FloTrack.org.

Johnson has already won two back-to-back AAU Junior Olympic championships in the 10 and 11-year-old divisions; however, as she continues to mature in her sport, the sky is truly the limit and of course, having a father who is known as one of the fastest NFL receivers of all-time, doesn’t hurt.

Good luck, Cha’iel. We are definitely rooting for you and can’t wait to see more of your epic climb to the top!

The tech field is still one of the most popular high-paying industries to become a...