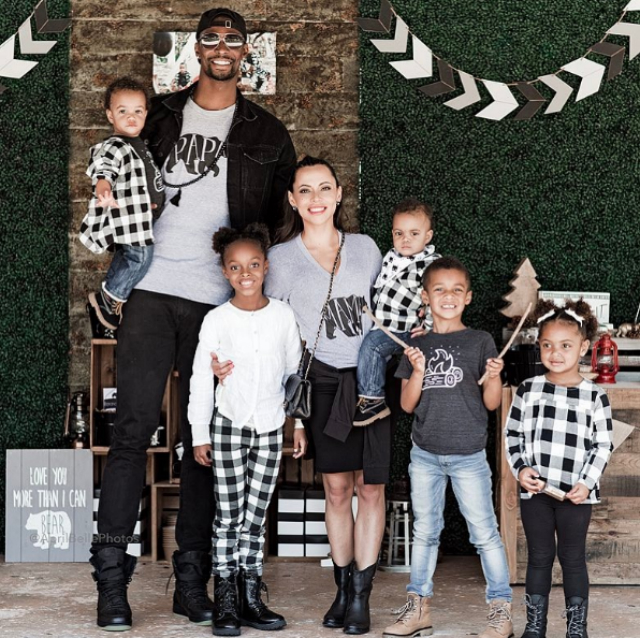 Chris Bosh’s years with the NBA have come to an end but the star athlete couldn’t leave the game without thanking his Miami Heat fans. The celebrity father took to his blog this past weekend in a heartfelt letter that acknowledged his family and followers in a very special way.

“Wow, what a ride,” he exclaimed. “I’ve been reflecting on my time in this great city and want to thank you for being a constant during a period of change in my life. I’ve experienced a few finals appearances, a couple of championships, several weddings (including my own), the birth of four kids, bonding with an entire community and a ton of ups and downs along the way.”

Chris went on to tell his readers of his fears when leaving Toronto and how such uncertainties have been replaced with the joys of fatherhood and more.

“When I arrived in Miami, I was just hoping for glory and mention amongst the immortals of basketball. What I got was so much more,” Chris wrote. “I still vividly remember the day my son Jackson was born. We were in the playoffs against New York and we had just landed in the Big Apple late that afternoon. I got the call and immediately made a mad dash back to the plane. I arrived at the hospital with 30 minutes to spare and got to see my baby boy come to this earth.” Bosh also reminisced about his daughter Dylan’s birth. “I was actually in town so I was able to stay close and not panic,” he noted.

Through his stint with the Miami Heat, Chris has faced many ups and downs. A major accomplishment was winning the NBA championship title after facing off in what some would deem one of the most fierce competition series the association has seen in a while. One of the more devastating blows came a few months back when blood clots knocked Chris off his feet.

“I was very upset for a long time,” Chris wrote. “I was in [the hospital] for six days and had surgery on my left lung. I sat in a room that whole time with tubes sticking out of my ribs and started to pity myself. But then I realized there are so many people dealing with things much worse, and once again, I was humbled.”

Chris expressed his anticipation for the future in his open letter to fans. “I’ve learned how to dream again,” he explained. “I’ve learned how to appreciate the game of basketball and all the things I’ve experienced even more now. People will always see the trophies and banners and think that’s the whole story. But it’s only a piece, only a moment in time.”

Chris and wife Adrienne Bosh have four children together. The former NBA player has five kids in all.