Home » Upcoming » THE NEXT EINSTEIN? SEVEN-YEAR-OLD IS CONQUERING HIGH-LEVEL ACADEMICS WITH UNUSUAL INTELLECT

THE NEXT EINSTEIN? SEVEN-YEAR-OLD IS CONQUERING HIGH-LEVEL ACADEMICS WITH UNUSUAL INTELLECT 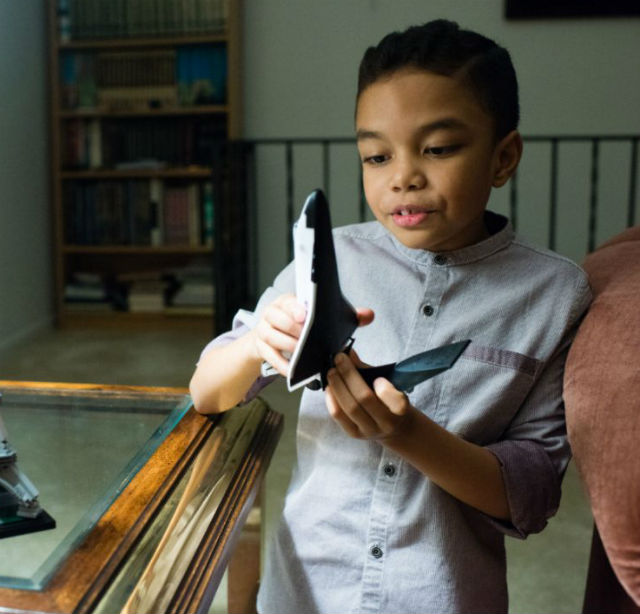 At seven-years-old, there are no kids necessarily discussing art works by Jean-Auguste-Dominique Ingres and J.M.W. Turner. However, there is one. Romanieo Golphin Jr. has an unusual aptitude for academics that is placing him among the greatest minds of all time.

The home schooled Maryland boy has shown great intellect for music, art, and especially science, so much so, that he and his family were invited to the European Organization for Nuclear research, (CERN), in Switzerland, which runs the world’s biggest science experiment, the Large Hadron Collider.

“It was excellent!” Golphin Jr., who is still into Legos and candy treats, commented in an interview with thestar.com.

Upon giving the family a tour, of the facility, Steven Goldfarb, an experimental physicist at CERN, commented to thestar.com, “I do know that [Romanieo’s] memory is very impressive and that he appears to have developed some of his own methods to absorb and retain information. I wish I had that.”

While Golphin’s parents encourage him to be a normal kid, they also do hope that he will use and focus his intellect on helping to change lives through scientific development. But for now, Golphin is enjoying Netfix, coloring books, brainteasers, and shredding the streets of his neighborhood on his scooter doing what he calls “pulsar riding,” as he uses a pedal on the back to create sparks. “Pulsar Riding” is named after the astronomical phenomenon of a spinning neutron star which emits electromagnetic radiation.

We can’t wait to see what the future holds for this young mind. It is unquestionably going to be outstanding!

LA LA ANTHONY: 'I KNOW HOW TO DEAL WITH MY KID'