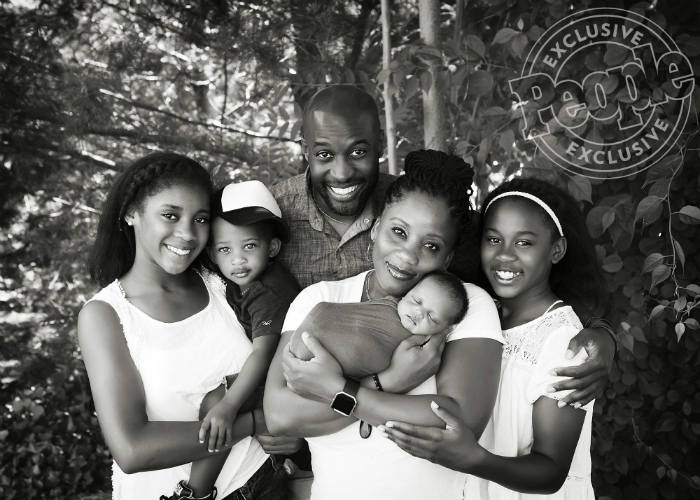 Congratulations to Survivor winner Jeremy Collins and his wife, Val, on the arrival of their newborn son. The couple welcomed their little one, named Lenyx Kai Collins, last month.

Val gave birth to Lenyx at Brigham and Women’s Hospital in Boston. The newborn weighed a healthy 7 lbs., 15 oz., and measured 21 inches long at his arrival.

“Val is excited to complete our tribe after having two daughters close in age, and now two sons a year apart,” Jeremy tells PEOPLE. “She can’t wait to see the change in dynamics in the Collins household!”

Many remember Jeremy Collins as Survivor’s 2015 winner. The firefighter was confident in his abilities but wasn’t quite sure that his skills would be enough to grasp the title and win the $1 million prize.

“I had a good feeling,” he shared with Entertainment Weekly after his epic win. “I feel like I played the game pretty good,” Jeremy added. “From last season I was like, these people all see me as a threat. They see me as a physical threat and I’m not good at challenges so how can I do this?”

The strategy worked in Jeremy’s favor as the competition progressed and fewer people remained. “I already gave the check to Val,” he said of the $1 million check that came with the “Survivor” title. “She’s gonna take it and do the baby’s room. I’m going to take her on vacation, but I’m going back to work.”

THE NEXT EINSTEIN? SEVEN-YEAR-OLD IS CONQUERING HIGH-LEVEL ACADEMICS WITH UNUSUAL INTELLECT