Home » NEWS » CHRISSY TEIGEN ON DAUGHTER: ‘SHE WILL NOT EAT MY OWN FOOD’

CHRISSY TEIGEN ON DAUGHTER: ‘SHE WILL NOT EAT MY OWN FOOD’ 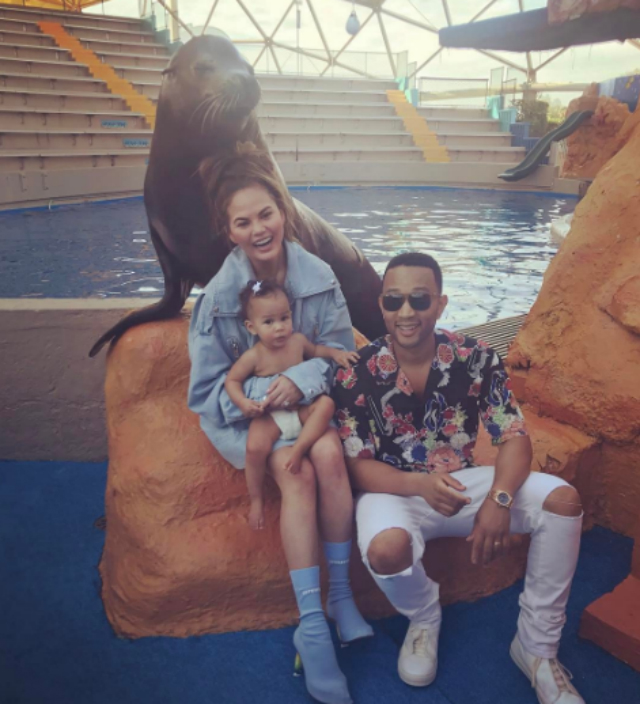 She may be a 1-year-old but Luna Stephens knows exactly what she wants in the food department. Chrissy Teigen stopped by The Rachael Ray show a few days ago and revealed her daughter’s likes and dislikes in culinary.

“She loves my mom’s scalloped potatoes, she loves real food, but she will NOT eat my own food, which kind of breaks my heart,” the celebrity mom told Rachael. “I take it personally,” Chrissy said. The model also told Ray and fans that even steamed green beans made by mom are not good enough.

“If I try to steam green beans or puree them, she will not eat that,” Teigen explained. However, “If John feeds her, she’ll be like ‘Dada! Dada!’ and she’ll eat anything!”

Luna is Chrissy Teigen and John Legend’s only child. The little one was born last April after Chrissy announced her expectancy in 2015. “John and I are so happy to announce that we are pregnant,” Chrissy wrote online in October 2015. “As many of you know, we’ve been trying to have a baby for a while now. It hasn’t been easy, but we kept trying because we can’t wait to bring our first child into the world and grow our family. We’re so excited that it’s finally happening.”

Luna came just in time for the fall holidays, which meant that fans had front row seats to the little one’s first Halloween, which was nothing short of adorable. The little one had so many costume changes that dozens crowned her the princess of Halloween outfits.

It will be interesting to see how Luna celebrates the remaining holidays of 2017. Stay tuned for more news on Chrissy Teigen, John Legend, and the family!