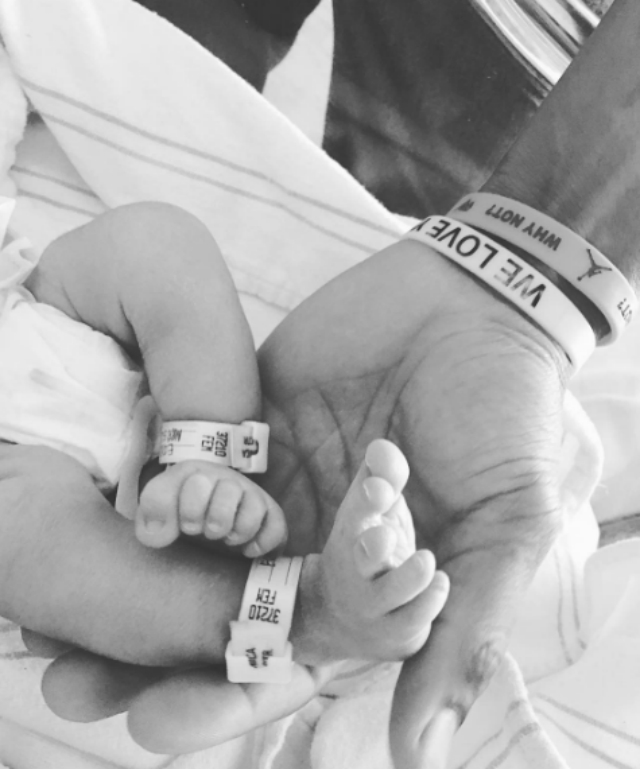 Congratulations to Russell Westbrook and wife Nina who welcomed their son on Tuesday. Both Nina and Russell shared news of their newborn’s arrival.

“Noah Russell Westbrook 5.16.17,” Russell and Nina shared along with a picture of their son’s feet. More than 500,000 fans responded to news of Noah’s birth. “The future baller,” one fan wrote. “Congratulations to you and your family on your newborn baby,” another follower exclaimed. “That is truly a blessing.”

Russell and Nina announced their expectancy in March. The celebrity couple allowed a candid of Russell kissing Nina’s protruding stomach to speak for itself with a simple caption of “05/2017” underneath to represent the month that their son was expected to arrive.

Many fans have high hopes for Noah since his father is a show-stopper on the basketball court. “I want my legacy to be something huge,” Russell said of his career during the behind-the-scenes filming of his photoshoot with EBONY. “I think basketball has given me a big, huge platform to be able to use to reach out to inner-city kids,” he added.

Noah is Nina and Russell Westbrook’s first child together. The couple celebrates their 2-year wedding anniversary this year.