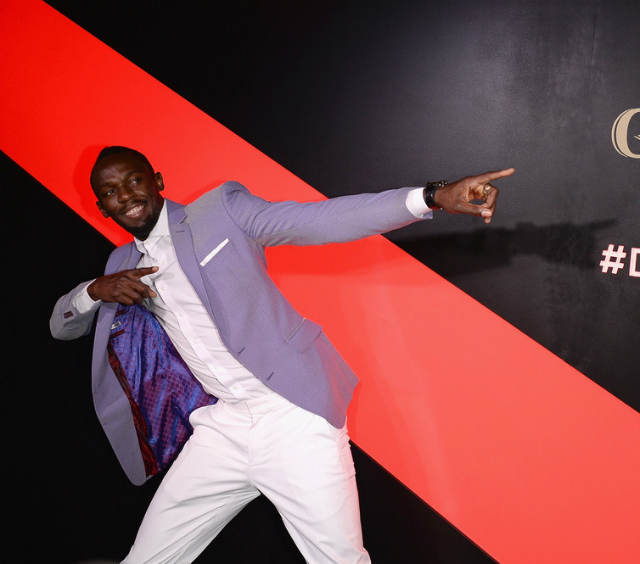 Are kids in the plan for Usain Bolt? Maybe so. The Olympian, and fastest man alive, tells PEOPLE that he and his girlfriend have discussed the possibility of starting a family.

“I have [had] a girlfriend for four years now [and] it’s going steadily, so we’re thinking about kids very soon,” Usain says. “We’ll see how it goes,” the star athlete adds. “We’re taking our time.”

Usain Bolt announced his retirement from the Olympic games after a stellar performance in the competition last year. “At the start of my career, I never bragged,” he shared with The Guardian last November. “Initially, I was like, ‘No, no.’ And I kept on saying no. Then, ‘All right, I’m getting there, I’m getting there.’ But now I’m comfortable saying it. If somebody said, ‘Who are you?’ then, ‘I am the best.’ And that’s a fact. You’re just telling somebody who you are. I feel that if you have done something, it’s not bragging.”

Usain Bolt has certainly done something as he won a gold medal for his country after finishing the 100-meter race in 9.81 seconds during the 2016 Olympic Games. The win was the ninth gold medal that Usain earned during the competition.

Will Usain Bolt soon have a little one taking after his superb Track and Field skills? We’ll just have to wait and see.