Home » Upcoming » LITTLE MISS FLINT SHOWS US WHAT COOKING DINNER IN FLINT, MICHIGAN IS LIKE 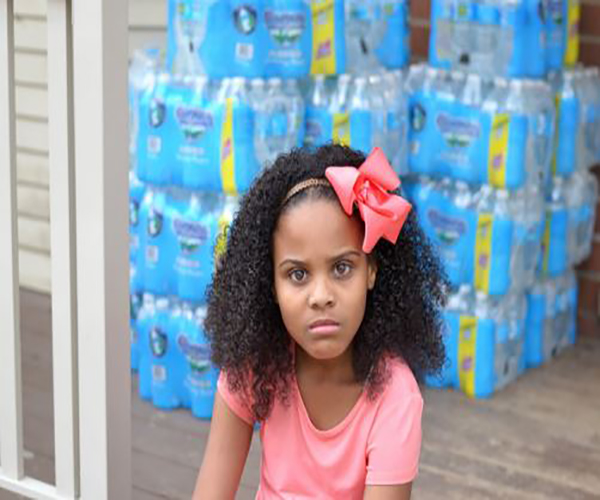 Turning on the faucet in your home, getting a glass of water to drink, cook with, or even put into a thirsty dog’s bowl, for most of the country, is done without a second thought. However, in Flint, MI, residents are, three years and counting, still living in homes where the tap water is undrinkable-filled with high levels of lead.

Although the federal government has begun to address the water crisis, many families are still forced to do almost everything from cooking, to drinking, to bathing with bottled water.

For activists like Little Miss Flint, ten-year-old Amariyanna Copeny, this is a crisis that must be resolved asap! Recently Copney sat down with Teen Vogue in order to show just how she and her family have to prepare a basic meal like chicken fajitas, in a town in the United States of America, where water is poison and linked to Legionnaire’s disease. Of course, like many families in Flint, they prepared their entire meal using bottled water.

It is no doubt that something like this can have a lasting impact on a young child. It is not surprising that Copney has set her sites on the Oval office and will give it a run in 2044, making sure that nothing like this happens again. “If I would be president the world would be filled with hugs…and balloons, cause seriously balloons are awesome.”

Balloons are awesome and Copney definitely gets our vote!

#IfKidsWereInCharge I would be president, the world would be filled with hugs….and balloons, cause seriously balloons are awesome pic.twitter.com/8dNX5H9RnX

Check out the video below where this rising politico delivers a strong message to President Trump in regards to Flint and his campaign promise. To watch Copney make fajitas with her family and Teen Vogue, click here.