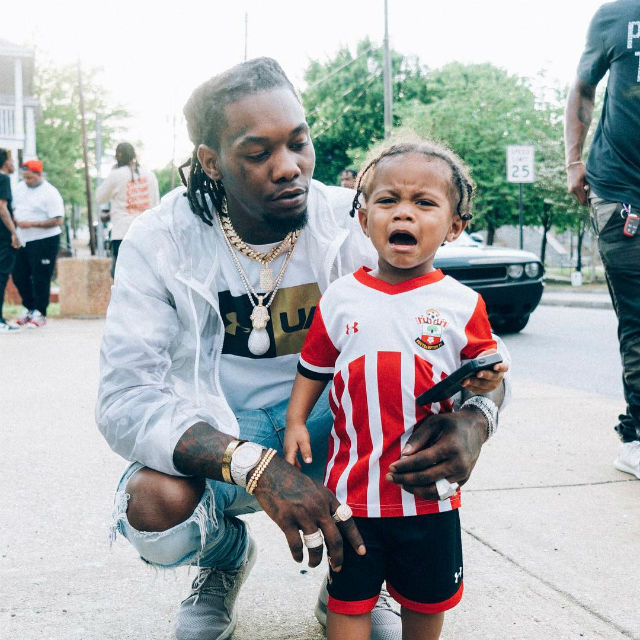 Migos member Offset is the doting dad. The rapper recently shared pictures of him hanging with his son, Kody.

Offset is moving forward after a whirlwind of controversy surrounding his kids. Several media sources reported the rapper getting two pregnant women at the same time in 2015. Both of the women later blasted Offset for not taking his responsibilities as a father seriously.

“U have a daughter sir,” the mother of Offset’s daughter, Kalea, wrote online. “I try not to be petty because Kalea gone be straight regardless, but it irks my nerves to the core to see people put on when I and THEY know the real…. I tried to be civil, but you see THAT ain’t work.”

The mother of Offset’s other child also did a bit of exposing online. “N*ggas always want to down u to they n*ggas or the next h*e,” she said in reference to Offset’s affair outside of their relationship. “Since when n*ggas start putting p*ssy over they fam,” she asked.

Regardless of the tumultuous months, it appears that Offset is moving towards better relations with his kids and their mothers. Stay tuned for more details surrounding the blended family!